Photonics-related sales at the epiwafer foundry dipped slightly in 2012, but new volume applications are in the pipeline. 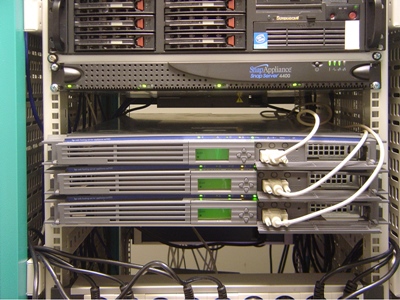 The use of optical interconnects in data centers is transitioning towards a high-volume application, according to a key manufacturer of photonic components that are crucial to the high-speed links.

IQE, the UK-headquartered epiwafer foundry that fabricates advanced semiconductor structures used in a variety of electronic and photonic applications, highlighted the development in its financial report for year 2012.

“Three major transactions, the completion of our capacity expansion program and the achievement of a number of significant qualifications in both wireless and photonics have laid the foundations for accelerated growth in 2013 and beyond,” said CEO Drew Nelson, who is also president of the European Photonics Industry Consortium.

Earlier this month, Nelson also became part of the “high-level group” that is advising the European Commission on its implementation of key enabling technologies (known as “KETs”), of which photonics is one.

The data center application was recently highlighted by a new supply agreement signed by the photonic integrated circuit (PIC) developer OneChip Photonics and IQE that will see the PICs produced on 4-inch indium phosphide wafers.

“In the optoelectronics market, IQE is seeing the transition of several research and development programs into production, particularly with VCSEL technology and fiber optic communications,” said IQE. “Specifically, it is now in production with multiple customers for data center applications.”

IQE reckons that escalating demand for data will also create a “mass market opportunity” for such optical links, for example by replacing USB cables – the market for which stands at some three billion units a year.

Photonics-related sales down in 2012
That optimism came despite a decrease in IQE’s photonics-related revenues in 2012, from £18.6 million in 2011 to £18.0 million last year. With the company also making a major investment in RF capacity through its June 2012 acquisition of a production facility owned by cell phone amplifier specialist RF Micro Devices (RFMD), the proportion of IQE’s revenues relating to photonics also fell, from 25% to 20%.

However, the rationale behind the RFMD deal included adding capacity for producing multi-junction solar cells, with IQE saying that the 16 molecular beam epitaxy (MBE) tools would be employed in part to meet future CPV demand.

Through its investment in the record-breaking cell developer Solar Junction just over a year ago (the UK firm now owns a 9% share of Solar Junction), IQE also secured a manufacturing partnership. And while the CPV sector is, like the rest of the solar industry, battling against a global oversupply of cheap silicon-based PV modules, IQE says that it is now engaged in CPV end-customer qualifications. It anticipates that CPV-related revenues will start to roll in during the second half of 2013.

Other photonics applications with ongoing qualification include gesture recognition and finger navigation, while IQE also has strong expertise in antimonide-based infrared applications and nitride-based structures for short-wavelength LEDs and laser diodes.

The company also believes that the market for aesthetic and cosmetic laser treatments could be a lucrative one. “IQE is working with a number of customers to develop advanced laser technology for cosmetic applications such as laser hair removal, wrinkle treatment, skin rejuvenation, acne and psoriasis treatments,” said the firm.