Ultra-high-speed optical links for consumer devices will be available by the end of Q1 2013. 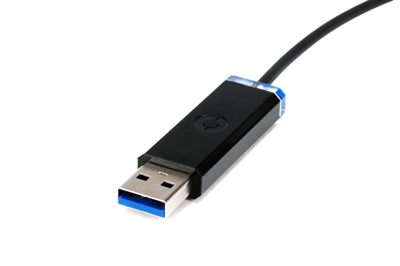 by Ford Burkhart
Waguih Ishak, VP and director of the Corning West Technology Center in Palo Alto, California, said at the SPIE Photonics West event last week that the company’s new flexible optical cables - launched at the recent Consumer Electronics Show and set for a commercial roll-out in the current quarter - will revolutionize how glass fibers function with consumer devices.

They are poised to replace conventional cables over shorter distances, from 12 feet (3.5 meters) up to 330 feet (100 meters), in applications where high-speed connectivity is a priority.

Plugs on the ends of the new connectors convert a digital signal into laser emission, and the robust cable can be bent or tangled without causing undue harm. “You can pinch them, knot them, roll your chair over them,” Ishak said.

He added that by using the fastest protocols now available, the cables can transfer video and data at 5 Gb/s for the USB 3.0 compatible version, or 10 Gb/s for the "Thunderbolt" version of the technology pioneered by Intel. The faster of those two speeds allows transfer of an entire high-definition movie in less than 30 seconds.

“It would let you live edit raw video from across a football field,” Ishak said, “and when you need to travel, you coil your cables and put them in your bag without worrying about them taking up lots of room or being heavy.”

Coiled and tossed
Earlier generations of Corning’s products have been installed inside buildings and data centers over distances of hundreds of meters. Of those setups, Ishak said: “The common factor in the fibers is that they are not being touched by people or moved around. They are installed and kept in their locations.”

In contrast, he pointed out, the new Corning cables are going to be very much in the hands of the consumer. “They will be coiled and tossed around and stretched by people who will keep plugging and unplugging them between computers and peripherals.”

That means the new fibers must be as straightforward to use as familiar copper connector technology like USB cables, and able to withstand rough handling. A big difference is that Corning cables break the distance barrier of copper cables, Ishak added.

The electrical-to-optical conversion improves speed and distance performance of the cable without sacrificing compatibility with standard electrical interfaces, Corning says. The company launched its first commercial optical fiber in 1970.

Late last year, Japan's Sumitomo Electric said that it had received certification from Intel to produce optical cables for Thunderbolt links, providing 10 Gb/s connectivity at a range of 30 meters - ten times further than is possible with the electronic version.