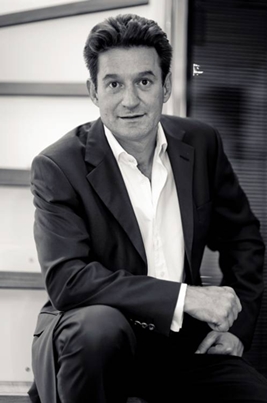 Edinburgh Instruments (EI), the photonics company spun out from Heriot-Watt University 42 years ago, is set to become a wholly owned subsidiary of Techcomp Holdings, an analytical equipment firm listed on the Hong Kong stock exchange.

Techcomp’s European subsidiary has paid £1.9 million in cash to acquire an initial 66% shareholding in the Livingston-based manufacturer of lasers, fluorescence spectrometers and gas sensors – with a view to taking full ownership at a later date.

The deal sees EI founder Professor Des Smith, who set up the company in 1971 when head of Heriot-Watt’s physics department, sell his stake in the firm. It now employs some 64 people and posted a pre-tax profit of £438,000 for the financial year ending 31 March 2012.

Despite having retired, Smith will now join Techcomp as chief scientific officer of its European subsidiary. But Alan Faichney, EI’s CEO since 2010, is departing the company, with a replacement set to be appointed “in due course”. Chris O’Connor, CEO of Techcomp Europe, said in a statement announcing the deal:

“EI has a fantastic reputation for innovating and supporting leading-edge research globally and we are excited about investing in the business and working with the employees to take it to the next level. The depth of knowledge and experience within the team at EI is truly impressive.”

Exactly what that “next level” represents remains to be seen, but in the near term EI stands to benefit from Techcomp’s extensive global distribution network. The firm’s various subsidiaries include low-temperature technologies specialist Froilabo, metrology company Precisa. and the UK-based analytical instrumentation company Dynamica. That diverse base means that Techcomp sells products ranging from centrifuges to table-top electron microscopes.

European presence
In its announcement to the Hong Kong stock exchange, Techcomp said that the move was part of its wider business strategy to expand the firm’s presence in Europe, as well as to acquire technology complementary to its existing product lines, and leverage the strength of the Edinburgh Instruments reputation.

Techcomp also confirmed in its announcement that it intended to acquire the remaining 34% shares of EI. Currently, those outstanding shares have various owners, among them the Scottish Enterprise funding agency.

EI’s chairman Derek Shepherd added: “Edinburgh Instruments has prospered under strong leadership, a motivated team of highly qualified employees and with investment from Scottish Enterprise and Hamamatsu Photonics KK in the early years.”

“Our products provide research institutes worldwide with the most advanced photonic analytical capabilities available today. EI is now ready to start a new phase of development. Techcomp’s knowledge and global presence in our high-end analytical markets position them as the perfect partner to help release the full potential of our technologies.”

The most obvious area of overlap between EI and Techcomp capabilities appears to be spectrometry: like EI, Techcomp sells fluorescence instrumentation, among a much wider range of products including Raman and UV/visible spectrometers, ellipsometers, atomic absorption spectrophotometers and more.

In addition, EI believes that its gas sensors could be used within some of Techcomp’s instruments in the future. Techcomp also sells a variety of electron microscopes, as well as centrifuges and general laboratory equipment used mainly in life science applications.

In its latest quarterly financial results, for the period ending September 30, 2012, Techcomp posted a pre-tax profit of $1.1 million on sales of $38.5 million, with the sales figure up 12% on a year-over-year basis.