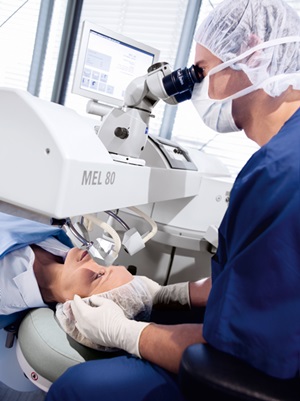 Carl Zeiss Meditec says that despite ongoing market volatility it will continue to spend heavily on research and development activity, in a bid to ensure that it stays ahead in an increasingly competitive market.

The Germany-headquartered company, which specializes in photonics-based healthcare technologies, made the comments as it posted a 5 per cent increase in annual revenues in its latest financial year.

Sales of €906.4 million were near the upper end of the firm’s earlier predicted range, and improved margins delivered earnings before deductions for interest and tax of €133.9 million, up from €122.9 million last year.

Those sales figures reflected a particularly strong end to the financial year, with annual revenues up in each of the company’s business units and major geographical regions.

CEO Ludwin Monz said of the figures: "Our result is encouraging, especially in light of the unfavorable development of exchange rates. Our position enables us, even in times of volatile markets and growing competition, and falling growth rates in certain sections of our business, to turn our innovative leadership into good results."

Crucially for future products, around one in every six employees of Carl Zeiss Meditec is working in research and development. The company, which now has R&D centers in both China and India, spent some 10.7 percent of its revenue on development activity in the year.

Carl Zeiss Meditec attributed that performance to particularly strong demand for “premium” intraocular lenses – used in cataract procedures – but in the company’s other units the rate of growth was more muted.

Although the ophthalmic systems unit was able to make up for a slow start to the year, a change of business models with regard to optical coherence tomography (OCT), and what the company described as “fierce competition” restricted growth to 4 per cent as sales reached €391 million.

The company’s largest single business unit by sales remains microsurgery, with revenues up 4.2 per cent on last year to reach €394.2 million. That moderate level of growth was attributed to restrained spending in this segment.

In the company’s annual report, Monz reported “persistently high demand” for surgical microscopes (sold within the microsurgery business unit), particularly for use in brain and ear, nose and throat surgeries.

Shareholders in Carl Zeiss Meditec are now set to benefit from a higher dividend payout, which will rise more than 12 per cent to €0.45 – assuming that it is approved at the company’s annual general meeting.

With a focus on meeting the needs of an ageing population, and strong growth in the Asia-Pacific region (masked somewhat by currency effects in the latest figures), Monz remains highly confident that the company will continue to outperform the overall market.

"Our broad product range, the balanced regional distribution of revenue, the increasing integration of products into solutions, and the growing revenue stream from case-number-dependent products and services, offer a solid foundation for achieving further growth in the financial year that is at least on a par with market development in the industry," he said.