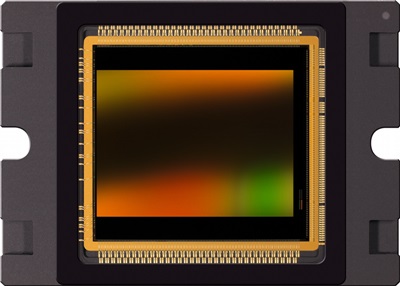 CMOSIS, the off-shoot of Belgian microelectronics institute IMEC that specializes in high-performance and customized image sensors, has been acquired by the private equity firm TA Associates.

According to the two companies, the transaction – for an undisclosed fee - is conditional on regulatory clearance but is expected to be completed by early next year.

Started up in 2007 by some of the people involved in the IMEC spin-out FillFactory, CMOSIS is focused on applications in machine vision, high-end digital photography, digital cinema, aerospace, science, medicine and biology. It currently employs over 60 people, and was recently ranked by Deloitte as Belgium's fastest-growing technology company.

The Antwerp-based firm, which has pursued a fabless business model, initially attracted financial backing from Capital-E Arkiv, before broadening its capital base with funding from ING Corporate Investments in Belgium, the ING Activator Fund, the ARKimedes Investment Fund of ING Belgium, and Flanders-based Participatiemaatschapij Vlaanderen.

CEO Luc De Mey says that the change of ownership will “allow CMOSIS to continue growing as an independent company”.

J. Morgan Seigler from TA Associates’ UK wing will now join the CMOSIS board of directors, and commented: “The CMOSIS management team has demonstrated expertise in building image sensor businesses. We are excited to partner with such experienced and successful entrepreneurs. CMOSIS is profitable, with a highly reputable brand, attractive client base, and impressive and accelerating growth.”

$8 billion market
According to figures produced by the French analyst and consultancy company Yole Développement, the growing market for image sensors is on course to exceed $8 billion by next year.

And while a large chunk of that market relates to the somewhat commoditized consumer electronics sector served by major players like OmniVision Technologies and Sony, CMOSIS is focused on a number of smaller, but faster-growing, niche segments that do not suffer from the same kind of demand volatility.

Ajit Nedungadi, the managing director of TA Associates in the UK, explained: “CCD has traditionally been the dominant technology in the high-end image sensor market that CMOSIS serves.”

“The migration to CMOS is being driven by a lower cost of manufacturing, lower power requirements, higher speeds and improved sensor resolution. This accelerating market shift should continue to prove favorable for CMOSIS.”

With investments in more than 400 companies, TA has made a handful of previous ventures into optics and photonics technology, though these have typically been limited to the communications sector.

Its portfolio companies have included Finisar, Alma Lasers and IPG Photonics, while TA also bought into the indium phosphide optical component maker CyOptics before it was acquired by Avago Technologies earlier this year.