Optimizing optical links for power delivery is part of a research package backed by €100 million loan. 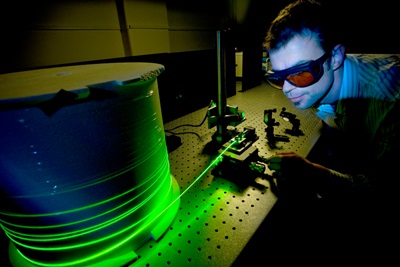 The European Investment Bank (EIB) is to loan the Italy-headquartered Prysmian Group €100 million to fund a research program that will go partly towards the development of optical cables for electricity distribution.

The Milan-based group, a big player in the world of energy and telecom cables and systems, is set to invest the money between now and 2016, with the loan representing about half of its planned research expenditure in Europe during that period.

More specifically, the EIB loan is intended to support projects developed in research centers across six European countries: France, the UK, Holland, Spain, Germany and Italy – of which the latter will receive the largest chunk as it hosts the firm's central research facility.

Globally, the Prysmian Group has no fewer than 17 research and development centers, including a number of centers of manufacturing excellence for optical fiber and power transmission cables and submarine systems.

The loan agreement follows the EIB’s signing of a memorandum of understanding with the European Commission earlier this year, something intended to deploy significant finance towards so-called key enabling technologies at a time when corporate research funding remains restricted by the wider economic climate.

Counter-cyclical funding
"Lending for research and development is one of the pillars of the European Union's bank's business," said EIB vice president Dario Scannapieco, in a media release. "We are therefore very pleased about this operation with Prysmian, an Italian company with a long history but with an important European and international outlook, which places investment in innovation at the heart of staying highly competitive even in economic times when initial signs of recovery are less visible."

Valerio Battista, Prysmian’s CEO, added: "Commitment to research and development is central to developing the strategy being pursued by our group of focusing on high value-added and high-tech businesses and products."

“The development of more efficient, eco-sustainable electricity networks, like the spread of broadband connections in the telecoms sectors, is now recognized as priority areas for action by all the political and economic institutions. Our commitment, now even stronger thanks to the EIB's support, is to continue to assist our utilities, grid operator and telecom operator customers, with innovative products, services and technologies."

Prysmian says that some of the specific development areas that will benefit from the EIB loan include the optimization of optical cables for use in electricity distribution networks, and the development of high-performance optical fiber and cables for fiber-to-the-home and fiber-to-the-antenna applications.

The company already sells a range of single-mode and multi-mode optical fiber products for datacom and telecom applications, while 1500 km of its “Draka” optical fiber cables were also used in the construction of the Large Hadron Collider particle accelerator, connecting data collectors with supercomputers.