Optics expert chosen to head up US Army research lab 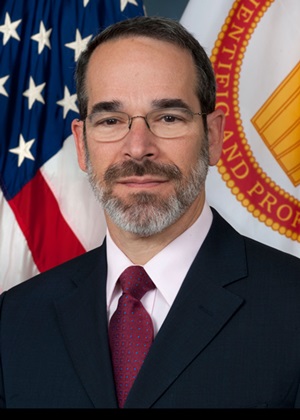 The US Army Research Laboratory (ARL) has appointed optics and photonics expert Joseph Mait - a fellow of both the Optical Society and optics.org publisher SPIE - as its new chief scientist.

In the role, Mait's goal is to help the lab's director fulfill his vision for the lab. According to a post on the ARL’s web site, Mait said:

"A key element of this is realizing the lab's discovery and innovation potential, while fostering connections between the lab and the Army community."

"This requires an environment that is open and empowering, yet relevant and accountable. Achieving that will take patience and finesse and I think it is important that the chief scientist be an advocate for the lab to the Army, as well as an advocate for the staff to the director," he added.

Autonomus sojourn
Mait, who has held* visiting positions at the Lehrstuhl für Angewandte Optik, Universität Erlangen-Nürnberg, Germany, and the Center for Technology and National Security Policy at the National Defense University, in Washington, DC, has also been the editor-in-chief of the OSA journal Applied Optics for nearly five years.

His research interests include sensors and the application of optics and photonics to sensing and sensor signal processing. According to his SPIE.org profile, particular research areas include diffractive optic design and computational imaging, while recent publications have focused on millimeter-wave imaging.

Mait also has something of a background in autonomous systems, after what he describes as an “unexpected sojourn” into the topic for six years as he led ARL’s program on micro-autonomous systems and technology.

Winds of change?
Interestingly, Mait said in the ARL post that he expects the way the lab conducts business in the future will be different than it is today.

"I am talking less about tools than I am mindset,” he said. “If we have achieved an open and empowering, relevant and accountable environment, I expect to see a more fluid transfer of ideas and technology between ARL and its technical partners, domestic and international, in academia and industry and between ARL and its Army compatriots.”

Mait also admitted to being somewhat surprised about ending up in the chief scientist role, saying that his career trajectory at ARL had been “steady” rather than straight. “I am a little surprised it led me here, but I feel prepared and committed," he said.

Updated (December 23) to correct the following:
As chief scientist, Mait remains a senior technical researcher at ARL;
* Mait's positions at these facilities are not current