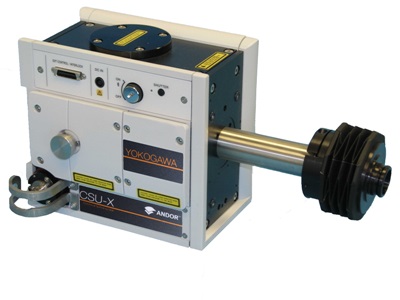 The Belfast-based imaging company Andor Technology is set to become part of the larger UK technology firm Oxford Instruments, after the two companies agreed on a £176 million buy-out.

The deal came after Andor initially rejected a 500p-per-share offer from Oxford earlier this month. On December 6, Oxford made a final offer of 525p per share that was accepted by Cazenove Partners, which owns nearly 10 per cent of Andor’s shares.

Then on December 10 Andor said that its board of directors had accepted the higher offer, which valued the company at around £10 million more than Oxford’s initial proposal.

Aside from Cazenove Partners, selling shareholders include Polar Capital, which owns just under 4 per cent of Andor, and all of the shareholding company directors – whose combined holdings represent 4.25 per cent of the firm.

UK success stories
Nigel Keen, the chairman of Oxford Instruments, said in a statement to the London Stock Exchange (LSE):

"The acquisition of Andor is an exciting development for Oxford Instruments as we expand our capabilities in the fast growing ‘Nano-Bio’ [sic] field. Andor is a high-quality business with a strong track record of innovation and a high-quality workforce and will be a great fit with our business."

The Andor chairman Colin Walsh added: "The decision to recommend the offer rested on two important factors. First, [it] recognises the important role which our highly capable and professional staff have played in building Andor into the unique entity we have today, and creates a framework in which our staff can continue to thrive and grow the business under new ownership.”

“Secondly, after several months spent carefully evaluating our strategic alternatives, the [Andor] board believes that the offer represents the best possible means of maximizing shareholder value in the short to medium term.”

“We believe Andor is a ‘one of a kind’ business and, like Oxford Instruments, is an outstanding example of how the very best in UK science can be successfully commercialized across global markets. We are confident that Andor will add tremendous value to the growth plan for the combined business." 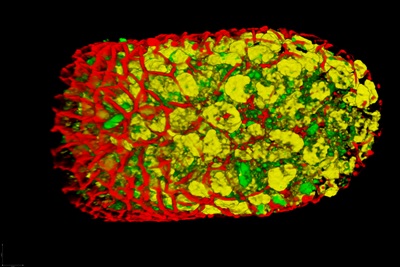 Earnings boost
In terms of pure revenues, Andor will be adding around £55 million of annual sales to Oxford’s turnover. That should push Oxford’s annual revenues beyond £400 million, and suggests enhanced earnings before interest and tax of around £57 million for Oxford on a pro forma basis.

In the footnotes of its LSE statement, Oxford Instruments said that it had been impressed with the capabilities and professionalism of the Andor executive management team, and said that on completion of the buy-out the Belfast operation would continue without change.

“The senior management teams of both businesses will work together on completion of the offer and seek to maintain the strong cultural heritage of both firms,” it said. “No changes are envisaged to Andor's business locations in Belfast or to the deployment of the fixed assets of Andor in Belfast.”

It added: “Oxford Instruments recognises the strong links that Andor has with Queen's University in Belfast and would look to continue and strengthen that relationship.” Andor span out from the local university back in 1989, before being floated on London's AIM exchange in 2004. It now employs more than 400 people around the world.

Oxford will finance the cash deal with the aid of a £100 million revolving credit facility and a £60 million term loan arranged with banks HSBC, Santander UK and Royal Bank of Scotland.