Sales of high-power fiber lasers up strongly as firm reports customer interest in applications from 3D manufacturing to Arctic ice-breaking. 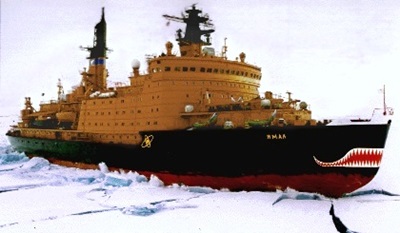 Growing interest in laser additive manufacturing and surging sales of high-power fiber lasers were among the highlights as IPG Photonics reported another quarter of record revenues.

For the three months that ended September 30, the Oxford, Massachusetts, company posted sales of $172.2 million. That represented a 10 per cent climb on the same period last year.

Sales of high-power lasers were the key reason for that increase, jumping 42 per cent on last year to $95.8 million and easily outweighing a decline in sales of pulsed lasers used in consumer electronics, and weaker demand from IPG’s customers in the Russian telecommunications sector as well as medical applications.

CEO and company founder Valentin Gapontsev highlighted the trend towards using higher-power sources for materials processing of larger and thicker parts as a key development in IPG’s favor, telling investors:

“Not only are the selling prices of these units higher, but [it] also benefits us from a competitive standpoint because it is more difficult for [competitors] to manufacture reliable and high-performance, high-power lasers.”

Gapontsev also highlighted growing demand for lasers in the high-profile field of 3D manufacturing, where he said that source powers of as much as 10 kilowatts were now desired to fabricate large parts more quickly.

The CEO added: “Another example of this trend is increasing customer interest in super-high power lasers with multiple tens of kilowatts for applications such as construction, demolition, oil and gas exploration and even ice-breaking for shipping in the Arctic.”

Margin shrink
Despite that positive message, not to mention a net income of $42.3 million for the quarter, IPG’s stock price slipped back by around 10 per cent following the results announcement – likely reflecting expectations of a sales dip in the closing quarter of the year, as well as lower profit margins as IPG spends heavily on laser diode capacity expansion in Oxford, new facilities and research and development.

In the year so far, research and development spending is up 39 per cent on 2012 as the company works on new ultraviolet, ultrafast and hybrid mid-infrared sources, as well as improved electrical efficiencies for high-power lasers.

“We [achieved] fantastic results in this direction,” Gapontsev reported. “Improvements like these will increase our lead over fiber laser and direct diode competition.”

On top of that work, IPG has developed new heads and high-power scanners that are now in customer tests. The new optical delivery systems are expected to become a feature in the majority of the company’s high-power lasers in the future.

Meanwhile IPG has received safety certification for its new “seam stepper” family of laser systems, which it is now selling for applications such as automotive production. “The feedback from customers for the stepper is extremely positive and we are optimistic for this product,” said Gapontsev.

Pointing out that the emerging field of additive manufacturing techniques like laser sintering and laser cladding offered near-term growth potential, CFO Tim Mammen added that IPG would shortly launch a new lower-cost pulsed laser aimed at the Chinese market, in a bid to oust competition from local Chinese vendors.

He is expecting a slight decline in sales during the closing quarter of the year (to between $155 million and $170 million) and lower earnings, but is confident of a subsequent rebound.