Confusion over the ongoing impact of sequestration behind lowered sales guidance at imaging company. 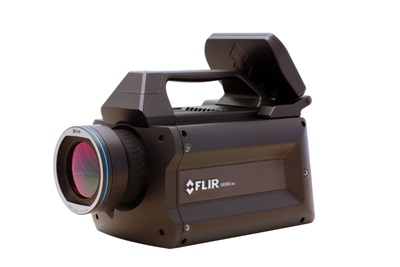 Infrared imaging company FLIR Systems has detailed the consolidation plans that will see several site closures in the US and Europe in a bid to improve profit margins. The company also announced additional cost-cuts as it battles an unprecedented dip in activity from Washington, DC.

During an investor conference call to discuss the company’s latest financial results, CEO Andy Teich and his senior management team expanded on their October 15 announcement that up to six of its smaller facilities would close.

FLIR’s CFO Anthony Trunzo said that plans to close three US facilities were already well under way, with two of those site closures expected to be completed by the end of the year.

Because of different workplace rules, its European closures will inevitably take longer than that, and Trunzo said: “Three of the facilities we are proposing to close are in Europe, and require us to consult with local works councils prior to moving ahead.” However, none of those facilities is particularly large, and Trunzo is expecting consultations to conclude by early 2014, after which the proposed relocations should proceed.

Thomas Surran, recently appointed as the president of FLIR’s commercial systems division after Teich’s promotion to CEO, said that three of the affected facilities were in his division, and confirmed that there would be staff reductions.

William Sundermeier is the president of FLIR’s government systems division, which has been hit by a sharp slowdown in US government spending. Providing more detail, he said that changes to the surveillance business unit within that division would include the consolidation of the company’s two main laser businesses in Bozeman, Montana.

In addition, two domestic optics manufacturing operations would be consolidated into FLIR’s larger Pittsburgh facility, while several engineering and production teams in Sweden would be relocated to the company’s site in Täby.

On top of that, FLIR is to switch its radiation detector operations in Germany to Oak Ridge, Tennessee, while in the area of integrated systems a facility in Alpharetta, Georgia, will close and its operations moved to Elkridge, Maryland.

No 'budget flush'
In contrast to the ongoing confusion surrounding Washington, DC, spending patterns, FLIR has been landing some notable international orders. Stand-outs in the latest quarter included a $13 million deal to outfit a Middle Eastern helicopter platform with imaging and laser designation system, and two orders totaling $12 million from integrators working with the Korean and UK militaries, who will be adding FLIR’s Star SAFIRE HD systems to their respective airborne platforms.

But CEO Teich outlined the domestic difficulties when he told investors that order flow from customers who derived their funding from the US government had slowed dramatically towards the end of the third quarter.

Normally, September coincides with something of a “budget flush” of spending in the US at the end of the fiscal year. But this year that all changed, with Teich instead reporting a significant cut in procurement activity, delays in administrative processing and program shifts.”

Responding to investor questions, he was in candid mood. He said:

“The biggest issue is that in Q3 we had a situation occur that was unprecedented. In the 29 years that I've been in this business, I've never seen a September where we haven't had a significant budget flush related to US government end-of-fiscal-year spending. And this year, it was almost zero that came in.”

Ongoing DC confusion
The impact of that spending hiatus was the key reason behind revenues that came in lower than expected for the third quarter, and FLIR’s significant downward adjustment of expectations for the rest of 2013. Worryingly, it seems that even with the federal government up and running again, there is still plenty of confusion about what will happen next.

Speaking in Washington, DC, where FLIR’s executives were attending a US Army trade show being held in the capital, Teich said: “We still don't really understand what the environment is going to be like relative to continuing resolution and sequestration. And frankly, our customers don't either.”

For the third quarter, FLIR reported a net income of $46.5 million on sales of $358 million. Teich described those figures as “disappointing”, but pointed out that the company’s commercial systems division, as well as recent acquisitions such as Lorex, had shown solid growth.

Following the call, FLIR’s stock price remained relatively unmoved at around $28 – having taken much more of a hit on October 15 when details of the restructuring and reduced sales guidance were first revealed.