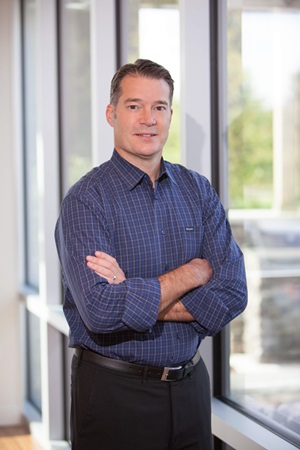 Soraa, the LED lighting company founded by scientists from the University of California, Santa Barbara (UCSB) including Shuji Nakamura, has appointed a new CEO in the form of Jeffery Parker.

Parker joins Soraa from Rambus, where he had been president of the company’s lighting and display business unit. Before that, he had started up both the LED backlighting specialist Global Lighting Technologies and the medical lighting firm Lumitex.

The appointment comes around six months after former chief Eric Kim – who had joined Soraa from Intel – left the company. Since that time, COO Tom Caulfield has been heading up the start-up as, according to EdisonReport, it sought a CEO who was “intimately familiar with the lighting sector and will aggressively ramp up Soraa sales”.

In a press release from Soraa Charles Giancarlo, the company’s chairman, said: “Jeff is a great addition to Soraa, his proven track record of driving innovative lighting products to the market is remarkable.”

Parker himself added: “Soraa was founded by the brightest minds in lighting - a group of forward thinkers - people who are never satisfied with settling for anything less than the best.”

“As a result, the company has been able to push the boundaries of what is possible in high-performance LED lighting, placing them at the forefront of the fast-growing LED revolution,” he continued. “I consider joining Soraa a privilege and look forward to working closely with its world-class team of employees.”

UCSB founders
That team was initially assembled in 2008, when Nakamura and his UCSB colleagues Jim Speck and Steven DenBaars founded the company to exploit the superior technical performance of gallium nitride (GaN) LEDs when the structures are grown on a native gallium nitride substrate.

Up until very recently, nearly all GaN-based LEDs have been produced on either sapphire or silicon carbide – largely because of the technical difficulty and high cost of producing GaN wafer substrates at the kinds of sizes that makes for economic chip production in a volume wafer fabrication facility.

Soraa’s UCSB founders and executive team are convinced that they have been able to crack that challenge, and the company has attracted more than $100 million of private finance – with Khosla Ventures among its heavyweight backers.

Michelin-starred lighting
Since then, it has launched high-quality LED replacements for popular MR16 halogen lamps featuring novel heatsinking. For spotlighting applications, they also offer a more collimated output than rival lamp makers are able to produce.

The new products, released earlier this month, offer a high color rendering index figure of 95, and are said to be able to render deep reds and cyans dramatically without the blue hue that some rival LED replacements for MR16 bulbs suffer from.

That promise of high-quality lighting has convinced some high-profile customers to buy into the technology, including the hyper-high-end “Saison” restaurant in San Francisco. The owner of two coveted Michelin stars and voted the second-best new restaurant in America by Condé Nast’s Bon Appetit earlier this year, Saison has installed Soraa’s full-spectrum lamps designed to imitate daylight, but without any of the unwanted ultraviolet or infrared elements.

Joshua Skenes, head chef at the restaurant, said: “At Saison, everything we do is handcrafted with care. We decided to work with Soraa because we needed quality LED lighting that matched our efforts. A good light spectrum makes all the difference.”