Optics group will switch from one private equity owner to another, as Candover continues its asset sell-off. 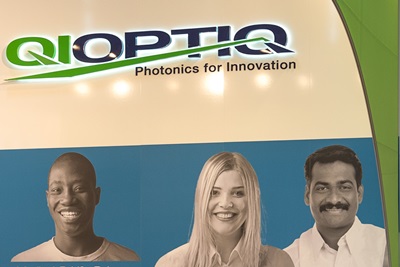 Qioptiq, the optics company that brought together some of the industry’s best-known brands under a single umbrella group, is set to be sold to the diversified US-based Excelitas Technologies.

The two companies have signed a “definitive agreement” that will see Excelitas become home to the technologies developed by the likes of Linos Photonics, Point Source, Spindler & Hoyer, Pilkington and others.

Excelitas CEO David Nislick said of the impending transition, which should be completed within two months: “Excelitas and Qioptiq are both market leaders in their respective product spaces and our combined portfolio of active and passive optoelectronics products and capabilities will offer the global OEM community a one-stop source for high reliability, high performance photonic components and subsystems solutions.”

For Qioptiq, the deal will mark a transition from one private equity owner to another. The Luxembourg-headquartered company was formed in 2005 when acquired from French defense group Thales by Candover Partners, but since 2010 has been under the management of Arle Capital Partners – a private equity partnership formed via a buyout of Candover in the wake of the global financial crisis of 2008.

Since then, Candover has concentrated on selling off its various investments through Arle, rather than making any new acquisitions. Inevitably, speculation about the future of Qioptiq had arisen.

Commenting on the sale, Qioptiq CEO David Marks said: “Since the formation of Qioptiq in 2005, the company has developed into a strong player in the photonics industry, through organic growth and strategic acquisitions. The strength of the new combined entity will benefit our customers and create opportunities for our employees.”

Asset sell-off
The value of the deal has not been disclosed by the companies involved, although Candover says that the sale will generate cash proceeds of some €9.5 million and carried interest of €5.5 million.

“This is in line with the valuation of Candover’s investment in Qioptiq at 30 June 2013,” announced the London-listed investment trust. “In addition, up to €0.7 million equivalent will be held in escrow, to be paid should certain criteria be met.”

Based in Waltham, Massachusetts, Excelitas is owned by Veritas Capital. The private equity group is also home to test and measurement specialist Aeroflex and defense systems engineering company The Si Organization, among others. Veritas hit the headlines in September 2012 following the reported suicide of Robert McKeon, who started up the business back in 1992.

Originally emerging from the spin-out of Perkin Elmer’s environmental health business unit back in 1999, the Excelitas brand name was created in 2010 when Veritas purchased the business.

Since then, Excelitas has grown with the acquisition of arc lamp power supply provider Carsan Engineering and high-voltage power firm Kaiser Systems, adding to its existing portfolio of products including xenon lamps, infrared detectors and LED-based lamps. In 2011, the company opened an LED center of excellence in Shenzhen, China.

According to Excelitas, the combination of Excelitas and Qioptiq will serve a market opportunity worth more than $4 billion worldwide, leveraging a broad technology and manufacturing portfolio featuring approximately 5,000 employees.