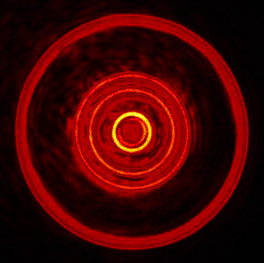 A new collaborative research project called "HiCore" has been launched with the aim of exploiting a novel laser technology conceived from research in the Photonics & Nanoscience group at the University of Dundee, Scotland.

Glasgow’s M-Squared Lasers, which was recently named as Scotland's fastest-growing technology business in a UK survey, is leading a team of seven European partners that has just been granted €1.5m (approx. £1.2m) to resolve the key problems associated with the power and brightness of bulk solid-state lasers using so-called Conical Refraction.

The HiCore research will potentially lead to a whole new stream of world class laser products for use in a broad spectrum of applications wherever high brightness efficient lasers are used including industrial laser welding.

The work will enormously strengthen the leading EU position in the photonics sector and the economic impact of success will support the ongoing growth and development of the SME partners M-Squared Lasers (UK), Conerefringent Optics (Spain), Opteco and Partners (Bulgaria), and Time-Bandwidth Products (Switzerland).

The research performers in the project are headed by the University of Dundee (United Kingdom) and include the Institute of Mineralogy and Crystallography (Bulgaria), and the University of Stuttgart (Germany) a leader in high power lasers for industrial processes.

The two-year project, which started in October 2012, is funded by the European Commission’s FP7 Program "Research for the Benefit of SMEs" (small and medium sized enterprises), the aim of which is to strengthen the innovation capacity of European SMEs and their contribution to the development of new technology based products and markets.

This will be achieved by helping them outsource research, within the consortium, increase their research efforts, extend their networks, better exploit research results and acquire technological know how, bridging the gap in the innovation chain from idea to market through European-level collaboration.

This program's focus is on the outsourcing of research by SMEs to specialized so-called “RTD performers” (research service providers, such as universities, research centers, or other research performing companies).

Graeme Malcolm, the CEO of M-Squared Lasers commented, "The HiCore project is envisaged to develop leading new high power laser technology which will enable M-Squared to offer products with performance beyond anything available in today's market. We are delighted to be working with the leading research groups in Dundee, Sofia and Stuttgart, which we have combined to form an extremely powerful research team for this project."

Professor Edik Rafailov, the leader of the Photonics and Nanoscience Group at the University of Dundee, added, "Ongoing close relationships with highly innovative companies such as M-Squared enable the university to translate the research results obtained in the lab into real world products, and this project is a great example of the synergies that arise from industrial collaboration. The technology being developed could change the rules in the laser sector of the photonics industry."

David Armstrong, marketing director at M Squared Lasers, told optics.org, “The use of conical refraction in laser host material holds the promise of high efficiency and brightness. However until this research project, the field has been rather esoteric and lacking in the process refinement necessary for commercial exploitation.

”The total laser materials processing market is large and growing. The subset of the market that is the primary target of the project estimated to be worth €2bn/year. The program has specific aims in terms of wavelength in the infrared region and at typical powers in the tens of watts. However conical refractive materials can also be used as host materials generating a wide variety of wavelengths and powers.”

The HiCore project has been running since 1 Oct 2012. The consortium grew out of existing links between academic groups and commercial organisations (principally between Dundee University andCRO. The project has been funded under the SME strand of the FP7 programme. Since it it aimed at SMEs it requires an SME to lead the consortium – M Squared.

Armstrong added, “M Squared was recently ranked as the fastest growing technology company in Scotland and eighth fastest in the UK in the Deloitte Fast 50 awards. The growth over the past five years was 1604%. We are proud of the fact that we are one of very few companies that manufacture products – and in the UK, while most of the other recognized fast-growing companies operate in the software or Internet sectors.”