by Mike Hatcher
This week, the European Commission (EC) announced its selection of the development of graphene as one of two “flasgship” projects that are set to receive unprecedented research funding through its “Future and Emerging Technologies (FET)” competition.

Along with the “human brain” initiative, and with not insignificant contributions required from other funding partners including industry, graphene research across the continent is set to receive up to one billion euros over the course of the next decade. 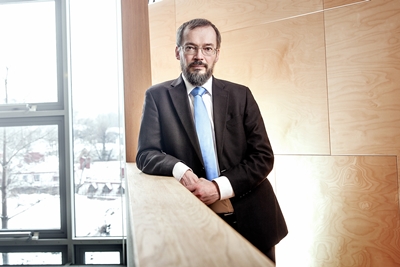 Led by Jari Kinaret, professor at Sweden's Chalmers University, the Graphene Flagship is expected to feature scientists from at least 15 European Union states, while nearly 200 different institutes will potentially be involved in the work.

At least, that’s what should happen. For one thing, the billion-euro project funding assumes that the EC’s new €80 billion Horizon2020 research and innovation budget gets the green light from the European Council, and does not fall foul of political bickering between states calling for cuts to the EU’s overall budget.

”X Factor” selection
Announced by EC vice president Neelie Kroes on January 28, the bulk of the graphene funding will be awarded in the 2014-2020 time frame covered by Horizon 2020 – although up to €54 million will be allocated from this year’s ICT budget, designed to support the project during its first 30 months.

Likening the selection of the two winning projects from an initial line-up of 21 proposals to the scientific equivalent of the TV show “The X Factor”, Kroes highlighted the long-term thinking behind the new funding mechanism. Technological development will be backed over the course of a decade, rather than the usual 2-4 year project cycle.

The potential that could be unlocked by exploiting the remarkable physical and electronic properties of graphene is the subject of widespread interest, with the UK – home to the Nobel-winning discoverers of the material at the University of Manchester – also allocating millions of pounds worth of research funding, hopeful of capturing the eventual commercial benefits.

“Graphene is the new wonder material,” said Kroes at a press conference to announce the two flagship projects. “It is likely to replace many uses for silicon and other materials. Transforming not just electronics, but materials science, energy, transport or health: you name it.”

She added: “So – you've heard of Silicon Valley. I want Europe to be home to its successor – Graphene Valley. Which region in Europe wants to be known as Graphene Valley? That's the billion-euro question I am putting to you today.” 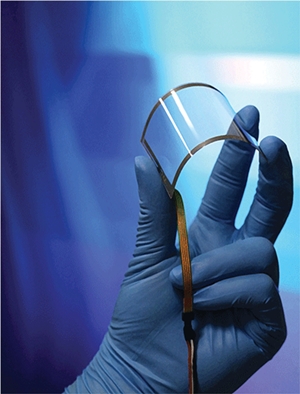 Kroes also stressed the need for European governments to put their political differences to one side and back Horizon 2020 in full, saying: “This multi-billion competition rewards home-grown scientific breakthroughs and shows that when we are ambitious we can develop the best research in Europe. To keep Europe competitive, to keep Europe as the home of scientific excellence, EU governments must agree an ambitious budget for the Horizon 2020 programme in the coming weeks."

Graphene and photonics
The potential applications of graphene run far wider than the various fields of optics and optoelectronics, of course. But the material has quickly become a topic of huge interest for photonics researchers.

Even a quick search through the technical program for next week’s SPIE Photonics West conference will attest to that – among the myriad talks and posters on the subject include the material’s potential use in electrodes for photodetectors, solar cells and displays, in fiber lasers, as a nonlinear optical material when placed in a magnetic field. The list goes on and on.

Without directly referencing the high-profile graphene project, photonics leaders have added their voice to those calling for protection of Horizon 2020 funding, as Europe’s politicians attempt to come up with a budget for the 2014-2020 period at what are sure to be rancorous European Council meetings over the coming weeks and months.

"Don't jeopardize the future and European competitiveness!" urged SPIE CEO Eugene Arthurs, who also sits on the board of stakeholders of the industry representative group Photonics21. "In the current budget squabble, Horizon 2020 should be protected and not reduced as part of a general budget agreement or sacrificed to appease a factional interest. The innovation community is acutely aware that cutting Horizon2020 would signal that the EU leadership only talk the talk when it comes to innovation.”

Andreas Tünnermann, director of the Fraunhofer Institute for Applied Optics and Precision Engineering (IOF) and chairman of the LASE symposium within the Photonics West conference, highlighted how photonics research in particular promises to help the EU meet its ambitious goals in the energy sector, something that would be jeopardized if the Horizon 2020 budget is sacrificed in any way.

Meanwhile, the Spectrogon chairman and previous SPIE president Roland Jacobsson is urging those involved in optics and photonics to lobby their local Members of the European Parliament (MEPs), regaling them with "vision and conviction" about the importance of the technology – and to demonstrate to them what a worthwhile investment Horizon 2020 would represent. 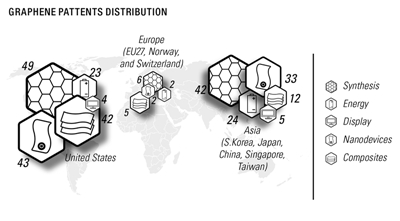 Risky business
Although a key meeting takes place next week between the European Council, Commission and Parliament, in truth a budget deal and any confirmation of Horizon 2020’s funding level is unlikely to be finalized until much later this year – as has been evident on both sides of the Atlantic recently, there is a tendency for politicians to invoke brinkmanship when it comes to financial discussions.

But even if the €80 billion plan, and with it the funding of the Graphene Flagship, survives intact, it should be remembered that real-world applications of the material – let alone the establishment of a future “Graphene Valley” - remain distant goals.

According to analysts at Lux Research, the commercial value of the graphene market will barely even have registered by the end of this decade. They highlight that there remains the potential for graphene to end up as the next carbon nanotube rather than the future silicon. Despite being similarly heralded as a wonder material back in its day, “Carbon Nanotube Valley” has yet to spring into life.

On the other hand, if graphene does go on to fulfil even some of its extraordinary potential in electronics and other sectors, there will be no shortage of competition from the US and Asia, as evidenced by the relative lack of Europe-owned patents on the topic thus far (see figure, above right).

In fact, Kinaret has already acknowledged that even a billion-euro flagship project will have to be selective in its efforts, conceding that applications of graphene in the displays sector will inevitably be heading to Asia.

“Although the flagship is extremely extensive, it cannot cover all areas,” Kinaret said. “For example, we don’t intend to compete with Korea on graphene screens. Graphene production, however, is obviously central to our project.”

The backing for graphene research from the European Commission, and with it a potentially huge future impact on the photonics sector, is obviously welcome. As is the kind of long-term thinking that goes beyond the normal electoral cycle.

But it should be remembered that by nailing its colors to the graphene mast, Europe is taking a large, if calculated, risk. Graphene may or may not turn out to be the future commercial wellspring that everybody is hoping it will be. And even if it is, will Europe have the right connections between academia and industry to exploit the material commercially in the way that Korea is arguably more likely to?

It is not just the funding of Horizon 2020 that Europe must get right – it must also ensure that the structure behind the process of innovation will end up benefiting European industry, creating the jobs, wealth and welfare of the future.