Swedish-French scientist at Lund University honored for key advances towards a better understanding of molecular and atomic processes. 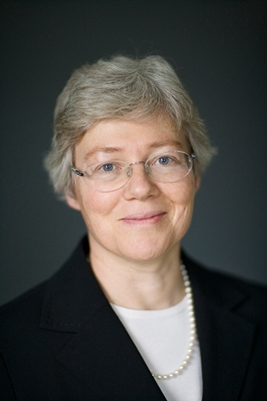 Anne L’Huillier, a professor at Lund University in Sweden and a leading expert in ultrafast optics, has won the 2013 Carl Zeiss Research Award.

The award, presented every two years, recognizes L’Huillier for her pioneering work in the field of high harmonic generation – research that has laid the foundation for the generation of attosecond light pulses, technology that promises to drive understanding of atomic and molecular processes to an unprecedented level.

"Professor L’Huillier not only described the theory of attosecond technology, but also verified it experimentally”, stated the jury in announcing its decision, adding that her research would enable further development and application of the technology.

Attosecond regime
At just 10-18 seconds in duration, the attosecond regime could be used to observe the movement of electrons in atoms or molecules in real-time, promising to reveal details of general physical phenomena or chemical reactions at the atomic level in the form of a time-lapse movie.

Last September, a research team in Florida set a new world record, producing a laser pulse of just 67 attoseconds in duration from their Ti:sapphire source. With the response of molecular and atomic systems to the ejection of electrons believed to take place on the order of 50 attoseconds, laser physicists are closing in on producing a pulse fast enough to view such fundamental phenomena.

Professor L’Huillier, who also picks up €25,000 for an honor previously bestowed on subsequent Nobel laureates Eric A. Cornell and Ahmed Zewail, will be presented with the Carl Zeiss Research Award on Wednesday, 19 June 2013.

Presented by the Ernst Abbe Fund, the award was founded by the Carl Zeiss Foundation and is managed by the Stifterverband für die Deutsche Wissenschaft (a joint initiative of German industries to promote science and higher education).