The term loan from MassDevelopment will be used to equip a new facility for laser manufacture. 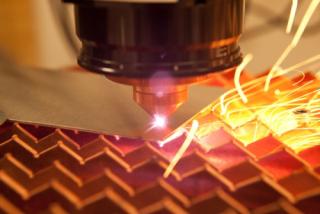 TeraDiode, the developer of high-power laser diode systems based in Wilmington, Massachusetts, has received a $2 million term loan from MassDevelopment, the finance and development agency for the Commonwealth of Massachusetts. Terms of the loan have not been disclosed.

In 2012 the company began leasing a 25,000-square-foot facility in Wilmington, as part of its strategy to build up production capacity and expand applications of its direct-diode laser sources. The facility is said to include 15,000-square-foot of manufacturing floor space.

The loan from MassDevelopment will now be used to help equip the plant with laboratory and office resources, as well as the purchase of equipment for testing and assembly, and the provision of working capital.

"The loan from the Emerging Technology Fund is instrumental in scaling our operation so that more customers can benefit from the breakthrough productivity advantages inherent in our technology," said TeraDiode CEO Parviz Tayebati. "The faster we scale, the more jobs we generate in the Commonwealth."

MassDevelopment CEO Marty Jones also emphasized the local context for the company's success. "TeraDiode's breakthroughs in laser technology embody the collaborative, cutting-edge quality of the Massachusetts high-tech industry," he said. "We're pleased to leverage this loan from the Emerging Technology Fund to help the company's expansion in Wilmington."

Wavelength beam combining
Formed as a spin-out from Massachusetts Institute of Technology (MIT) Lincoln Laboratory, TeraDiode has focused on techniques to combine the output of multiple diode emitters into a single beam of extremely high brightness and quality, overcoming one of the historical issues with direct-diode lasers.

Successfully doing so should open up a range of applications, due to the potential advantages of direct-diode emission in military and industrial sectors.

The TeraDiode technology, christened wavelength beam combining (WBC), employs a technique that allows the spatial superposition of several independent diode-laser external cavities. Speaking to optics.org in 2011, then-CEO Dave Sossen explained that the process was based on beam diffraction.

"The outputs from separate laser diodes having different wavelength characteristics are brought together through a Fourier transform lens, and then passed through a diffraction grating that can be transmissive or reflective," he said. "Instead of dispersing light over many angles, we are passing the beams into the diffraction grating at a very careful alignment of different wavelengths, and having them emerge in the same place, superimposed in space."

TeraDiode's most recent product announcement indicated that it has now developed its platform into a 2 kW system operating at 970 nm. The TeraBlade 2000 was unveiled at Fabtech in November 2012, and the company expects to ship beta-level systems to multiple customers in the first half of 2013.

Due to its modular design, the TeraBlade platform is scalable up to 6 kW, opening up applications in the cutting and welding markets, and confirming Tayebati's belief that "Wavelength beam combining is a disruptive force in the industrial laser market."

•  TeraDiode is a finalist in the Prism Awards, in the Industrial Lasers category. The awards are presented jointly by SPIE and Photonics Media, and the winners will be announced in February 2013 at Photonics West.