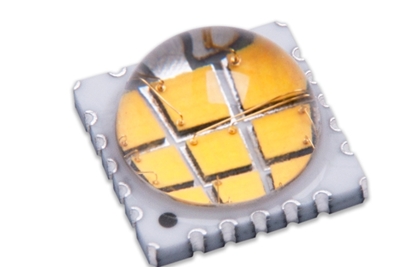 LED Engin has announced the successful completion of a Series E financing round.

The California-based developer of high-lumen-density LED components and optics announced the funding round in April 2012, but lead-investor GVT gave the company the option of additional investment to follow the achievement of certain financial goals.

With the achievement of those objectives and the inclusion of new investor, CEC Capital Management, the funding round has now been closed with $12 million being raised.

David Tahmassebi, LED Engin CEO, commented that the arrival of CEC would be a significant step for the company as it looks towards international markets. Based in California and backed by China Electronics Corporation, CEC Capital Management is said to be the first venture capital operation from mainland China and has maintained a presence in Silicon Valley for more than a decade.

"LED Engin continues to see strong demand in several high-growth LED markets and with key customers," said Tahmassebi. "We welcome CEC as we strengthen our connections in the Asia markets. We are particularly pleased to have met the revenue growth targets and other performance measures set by GVT to earn additional funding in this round and to accelerate this growth through 2013 and beyond."

LED Engin products include the LuxiGen platform, in which the LED die can be driven to higher current levels and in a denser configuration than industry standards without adversely affecting operating life, according to the company.

Another product family, the ViviLux range of LED emitters, won the Advances in Lighting category of Electronic Product Design magazine's annual e-Legacy Awards in September 2012. ViviLux combines single LED emitters with secondary total internal reflection lenses to produce up to twice the center-beam lux of array-based LEDs with reflectors, according to the company.

Increase manufacturing capacity
LED Engin, founded in 2004, closed a Series D funding round of undisclosed size in July 2010. At that time the company told optics.org that its core technology lay in packaging of the emitters, along with a proprietary solution including very low-thermal-resistance substrates; a die-attach method free of chemical residues from flux; and a glass lens that does not degrade during the product lifetime.

The net effect is that LedEngin's packaging allows the LED chips to be driven at very high currents, to achieve high lumens per unit area and long lifetimes alongside good reliability.

LED Engin commented that the new Series E funding would be used to further expand its product portfolio, increase manufacturing capacity, and add resources to increase its worldwide sales and marketing network.

In 2010 LED Engin noted that it believed the adoption of LED lighting by the residential market to be "2-5 years away, and will depend on LED lamp pricing, energy costs and energy efficiency incentives."

The recent Invest in Photonics convention in Bordeaux heard predictions that those barriers have been overcome, and that LED and SSL lighting will account for at least 50 percent of the market in 2015 rising to 75 percent by 2020. Luminaires and applications for SSL will greatly outweigh individual lamps in terms of market share, accounting for around 70 percent of the total €45-50 billion sector.