With myriad future uses for biophotonics, the message from Invest in Photonics was the need for the right business model. 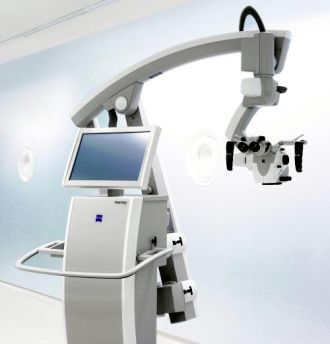 The message that photonics is set to have a huge impact on the biomedical sector, thanks to its role as a key enabling technology, was stressed again at Bordeaux's Invest in Photonics convention in December 2012 by delegates from both large multi-nationals and more specialized SMEs.

The trick for smaller developers remains knowing how to attack the market, and appreciating the interests of those financiers looking to invest.

As an illustration, Pierre Billardon, president of Carl Zeiss France, described the transformative impact that photonics technology has had on his company's business areas over the last 50 years, and how Zeiss is positioning itself for the next wave of optics breakthroughs.

"Optics and photonics have become key tools for diagnosis and treatment in medicine, especially in modern ophthalmology," he reminded the audience. "New developments and advanced technologies, such as adaptive optics incorporated into optical coherence tomography processes, will pave the way for the future."

The wider Zeiss group has used its optics background to grain traction in other sectors. Billardon described lasers as being Zeiss's "entrance ticket to the world of high-throughput optical nano-lithography, where extreme-UV light sources will have a dramatic impact in high-throughput semiconductor wafer production."

But the company will remain closely linked to the biophotonics sector, not least through Carl Zeiss Meditiec, the Jena-based provider of biophotonics systems that is already a major player in life science applications. That company recently reported double-digit increases in both sales and earnings, with ophthalmology systems employing ultrafast laser systems playing a significant role in that success. Femtosecond lasers were duly mentioned by Billardon as one of the key technologies underpinning future growth.

A functioning ecosystem
Billardon stressed that diversity of the kind seen in large companies such as Zeiss is only possible through continuous research and development of new technologies. Another speaker at Bordeaux in a position to agree with the sentiment was Eric Mottay, CEO of Amplitude Systèmes, a developer of diode-pumped ultrafast solid-state lasers headquartered in nearby Pessac.

Amplitude has carefully diversified, positioning itself as a supplier of a range of ultrafast laser technologies from industrial fiber-lasers to high-energy Petawatt-class Ti:Sapphire sources through its Amplitude Technologies sister company. Mottay has pursued this path because of the number of biophotonics applications that he expects to exploit such sources in the near future. 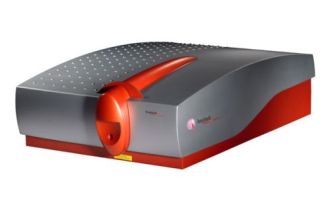 Ophthalmology applications are the obvious current growth area, a sector where in Mottay's words "a nice functioning ecosystem of integrated manufacturers" now exists. Other promising prospects in Mottay's opinion include tissue engineering, in which biological cells are assembled in a fashion analogous to that used in additive manufacturing; and advanced fluorescence microscopy, exploiting the tunability of ultrafast sources.

The trick for developers of relevant early-stage technology is correctly identifying which nascent niches are the ones to target. "Finding the next big thing is the key," observed Mottay, who half-jokingly admitted that actually doing so could sometimes be a little mysterious. "There are many factors and possible pointers. In my view, one is that the experts involved must initially predict failure, since if they don't then perhaps you are too late! There are certainly many reasons to fail, and things will get tough after the early years; but passion will succeed."

Francois Valencony of Mérieux Développement was one of the investors who backed Mottay, and has subsequently funded other biophotonics developers. His company now predicts that the ultrafast laser market was worth €300 million in 2012, and is rising at a CAGR of 10-15 percent. "The medical sector is the biggest future application area, that is clear," he said. "But the appeal of photonics for investors is that although so many commercial applications already exist, the number of potential new ones remains vast."

One welcome improvement in the climate for early-stage technology innovation in those new areas could well be the recent implementation of a new single European patent system, applauded by both Billardon and Valencony as good news for photonics developers.

Proton therapy
Among the raft of potential biophotonics applications, Valencony's picks for future winners included proton therapy, a type of external beam radiotherapy which employs high-power lasers in the petawatt regime fired at a target to generate protons. Both Valencony and Mottay agreed that although the economics and technical challenges of proton therapy are considerable, the technique will be a significant user of ultrafast sources. It was specifically mentioned as an attractive application when Amplitude raised nearly €30 million in syndicated private equity financing in early 2012.

But aside from the obvious opportunities in ophthalmology, are the majority of biophotonics applications condemned to niche status, with SMEs and other developers chasing too many diverse small applications? The question prompted a lively debate among the Bordeaux delegates, who agreed that a niche can be a very respectable business proposition - as long as the choice of niche has been a smart one.

"The key is to identify the first profitable niche, and make sure it can be cost-effective," said Mérieux's Valencony on behalf of the investment side of the equation. In his view, no one currently active in ophthalmology applications is yet making real money. But this situation will change, especially when the development and supply of the associated consumables becomes established and incorporated into the value chain.

For the industrialists, Zeiss's Billardon agreed, noting that "even in a big market like cataract surgery, no one has yet found exactly the right business model."