Optics and photonics society believes that bills before Congress will benefit high-tech industries. 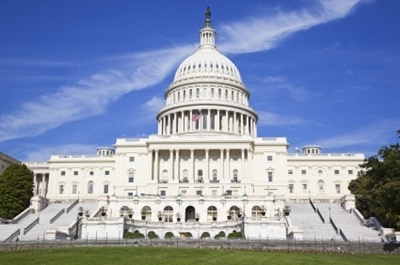 Leaders at SPIE, the international society for optics and photonics (and publisher of optics.org), are urging US politicians to pass new legislation that will fast-track and increase the number of visas granted to highly skilled immigrants.

The organization, which campaigns on Capitol Hill in support of high-tech industry on a number of fronts, says that a variety of bills before Congress promise to increase the competitiveness of US companies – but adds that this must be done without undermining current programs that support immigration diversity.

Independent solution needed
"Retaining highly skilled and well-educated workers is imperative to continued technology competitiveness and economic growth," said Robert Lieberman, chair of the SPIE committee on Engineering Science and Technology Policy. "The issue is of prime importance to maintaining a global leadership position, and needs to be solved independently of other immigration policies."

Several bills proposing new support for science, technology, engineering, and mathematics (STEM) jobs are set to be put before Congress. They include:

• SMART (Sustaining our Most Advanced Researchers and Technology) Jobs Act of 2012, introduced by Senators Lamar Alexander (R-Tennessee) and Chris Coons (D-Delaware). This bill would create a new visa category for students in STEM fields, enabling students who declare their intent to obtain work in a STEM field to remain in the US to look for employment for up to one year, and for an additional six months once a job has been found and an application for a green card is being processed.

Coons and Alexander highlight that immigrants are nearly twice as likely as US-born individuals to start new businesses, and that in Silicon Valley more than half of the new high-tech start-ups had an immigrant founder.

• The STEM Jobs Act of 2012, introduced by House Judiciary Chairman Lamar Smith (R-Texas). It reallocates the 55,000 visas designated under the Diversity Immigrant Visa program for immigrants from underrepresented nations to foreign-born students with graduate STEM degrees earned at American universities.

"Although these foreign graduates of US universities in STEM fields are in great demand by American employers, many of them end up on years-long green card waiting lists," says Smith. "As a result, many of them give up and go to work for one of our global competitors."

Under Smith's plan, foreign PhD students will be eligible for STEM green cards if they receive a doctorate from an eligible US university in computer science, engineering, mathematics, or the physical sciences (other than biological sciences). Employers that have gone through labor certification to show that there are insufficient American workers able, willing, qualified and available for a job would also be able to petition for a STEM green card.

• The IDEA (Immigration Driving Entrepreneurship in America) Act of 2011, introduced by Congresswoman Zoe Lofgren (D-California), which would add visas for high-tech workers without decreasing those allocated in the diversity program.

Immigrant-created wealth
"STEM-educated graduates are vital for innovation in both the private and public sector; they will build the future of this country." Lieberman said. "Helping these highly educated, highly motivated people achieve permanent legal status via an expedited and straightforward process will allow the US to capitalize on the investment it has already made in them.”

SPIE’s former president Eustace Dereniak, a professor in the College of Optics at the University of Arizona, added: "Many of the top schools in optics and photonics are in the US, and top students from around the world compete to study here."

According to Lieberman, more than 40% of Fortune 500 companies were founded by either immigrants or their children, including many of the highest-profile technology firms such as Intel, eBay, Yahoo and Google.

Figures quoted by Coons and Alexander from a 2006-2007 Yale survey suggest that technology start-ups founded between 1995 and 2005 by immigrants had created 450,000 US jobs and generated as much as $52 billion in sales.

But a follow-up study of 2042 technology firms by the same Yale team last year found a "significant decline" in the percentage of technology companies headed up by immigrants in Silicon Valley - and signs of the beginning of a drop in other parts of the country. That drop reversed more than two decades of increases, Yale said.

Coons and Alexander also estimate that each June, approximately 17,000 masters and doctoral students graduate from US universities before returning to their home countries – taking their job-creation and innovation potential with them.