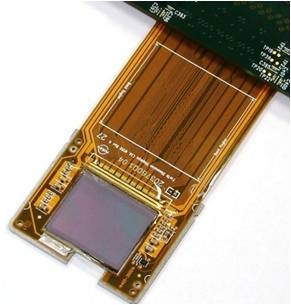 Forth Dimension Displays (FDD), the near-to-eye microdisplay specialist that was acquired by US company Kopin Corporation in early 2011, has launched a new full-color device aimed at applications ranging from high-end cinematography to medical imaging.

The company, based in Dalgety Bay on the east coast of Scotland, previewed the new “QXGA-R9” display at the SPIE Security + Defence and Remote Sensing symposium in nearby Edinburgh, with a prototype design on show.

By the opening quarter of 2013, the full product should be shipping to initial customers, it told optics.org.

Speaking at the Edinburgh event, FDD’s director of sales for Europe, the Middle East and Asia David Vettese said that the liquid-crystal-on-silicon microdisplay would be aimed at a wide range of users, with high-end cinematography likely to be one of the first commercial applications to benefit from the wide color gamut and ultra-wide field of view that will be offered.

“This is as close as you can get to an optical viewfinder [with a digital device],” Vettese said. While not huge, the high-end cinematography market is a potentially lucrative one and could offer FDD a level of unit demand measured in the thousands.

In a statement to launch the new product, Forth CEO Greg Truman said: “Our new QXGA microdisplay offers the highest resolution available in the near-to-eye microdisplay market.”

“We are looking forward to seeing a range of near-to-eye products incorporating our QXGA display enter the market in 2013.”

Measuring 21 mm on the diagonal, the new display boasts more than 3.1 million pixels, and is a full-color upgrade to an existing high-resolution monochrome microdisplay already sold by the company.

The potential for the QXGA microdisplay to find applications in non-military markets will be a welcome one for FDD’s parent company Kopin, which is feeling the effects of reduced spending and future budget worries in the US defense sector.

Last month, the Massachusetts-headquartered company was forced to cut its sales guidance for the current financial year by nearly 20%, after a key customer in the defense sector said that it was reviewing its spending plans.

Speaking at the time, Kopin’s CEO John Fan said: “In our military display business, the decline in defense spending has prompted one customer to review various options to reduce costs, which is currently affecting an existing program. As a result of this review, orders we had anticipated in our 2012 guidance likely will not occur this year.”

That decision looks like it will have a major impact, with Kopin now expecting to post revenues of between $90 million and $100 million this year, down from the previous estimate of $110 million to $120 million.

However, the company still has high hopes for its microdisplay business in 2013, with a major industrial partner expected to launch a product based on Kopin’s “Golden-i” technology before the end of this year. “We are very excited about the prospects for our Golden-i platform as we move into 2013 and beyond,” said Fan.