Seven-person team working on laser-matter interaction with implications for fusion picks up 2012 prize. 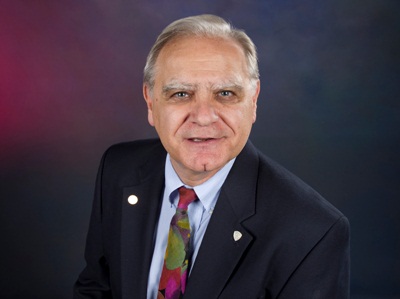 The team is being recognized for its work on what the APS describes as “a far-reaching discovery about laser-matter interaction, which has important implications for LLNL’s National Ignition Facility (NIF)”.

More specifically, the award is for “predicting and demonstrating the technique of laser scatter on self-generated plasma-optics gratings that enables generation and redirection of high-energy laser beams important for indirect drive inertial confinement fusion and high-power laser-matter interactions.”

The members of the winning team are: Debra Ann Callahan; Laurent Divol; Robert Kirkwood; Edward Williams; Nathan Meezan; and Pierre Michel (all LLNL), as well as George Kyrala from LANL. They share $5000 in cash and a certificate, and will officially accept the award at the 54th Annual Meeting of the APS Division of Plasma Physics being held in Providence, RI, this October.

As the giant laser system at NIF nears its aim of generating fusion with energy gain, one of the toughest challenges has been to maintain a highly symmetrical beam. Any distortions affect the way in which the fusion targets implode under the colossal pressures generated, and make fusion with gain more difficult to achieve.

Crossing the beams
According to LANL, the award-winning research has its roots in discoveries made during the late 1990s, when physicists noted that laser beams crossing each other’s paths in a plasma could exchange energy – an effect that could degrade the implosion symmetry of fusion ignition targets. The phenomenon is one of many that fall under the laser-plasma interaction umbrella term, which describe ways in which the plasma created by a laser can interfere with the beam.

Since that initial discovery, experiments at the University of Rochester's OMEGA laser and new supercomputer models have led to a better understanding of the phenomenon. Researchers have concluded that the energy transfer process can be controlled using slight adjustments to the wavelengths of the laser beams, and even to tune the implosion symmetry of NIF targets.

Last month, scientists at NIF revealed that they had hit a 2 mm target containing a mixture of hydrogen, deuterium and tritium with a 1.8 MJ, 500 TW blast from the 192-beam laser system at the California facility.

They described the achievement as bringing them “tantalizingly close” to creating fusion with energy gain, adding that the combination of energy and power confirmed that the laser system does operate at the levels required for inertial confinement fusion to take place.

Since then, the NIF team has been working on “alpha heating”, a process in which helium nuclei generated in the fusion reaction add even more heat energy to the fusion fuel.