Earnings up sharply at Thales Optronics 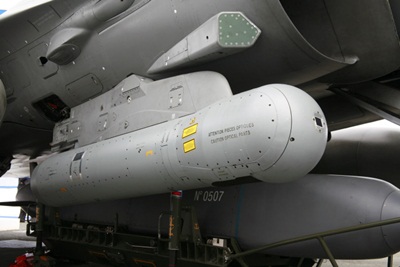 Electro-optical component and systems manufacturer Thales Optronics has reported a sharp increase in profit for its latest financial year, which ended on December 30, 2011.

The business, headquartered in the UK, is a division of the much larger French-based Thales Group and sells products mainly into defense and military applications. In a filing with the UK’s Companies House dated August 11, 2012, it reported full-year sales of £229.2 million for 2011, up 8% from the 2010 figure of £212.2 million.

And despite rising employee numbers and costs, the company posted an even sharper increase in profitability, with pre-tax profits jumping 74% year-on-year to £24.4 million.

In their business review for the year, Thales Optronics’ directors described an unpredictable defense market, noting that the revenue increase in 2011 had been a result of “urgent” operational requests. They also claimed that investing in further research would remain central to the company’s strategy:

“In order to maintain the company’s position within the specialized defense market, Thales Optronics continues to invest in research and development as the directors regard investment in this area as a prerequisite for success in the medium-to-long-term future,” they wrote in their business review.

However, the 2011 figures show that research and development spending of £3.2 million actually fell by 20% compared with the 2010 level.

According to the filing for 2011, Thales Optronics employed just over 700 staff across its main site, the former Barr & Stroud facility in Glasgow, Scotland, and three other active operations in the English towns of Staines, Taunton and Bury St Edmunds.

That followed the initial signing of a memorandum of understanding announcing the deal between Thales and Sagem's parent firm Safran back in December 2011. The two parties say that the first target application for the newly created entity will be the planned upgrade of the French navy’s “Atlantique 2” maritime patrol aircraft, while they are also hoping to deliver the imaging system that will feature in the future medium-altitude, long-endurance (“MALE”) drone aircraft - on which the French and UK military plan to collaborate.

Other opportunities including applications in army combat vehicles and helicopters are also being prioritized.

Thales Optronique’s CEO Serge Adrian said in July: “We have taken an important step forward in consolidating and enhancing synergies within the French optronics industry. Our new company Optrolead will effectively combine the leading areas of expertise of its two parent companies.”

Emmanuel de Roquefeuil from Thales has been appointed chairman of the joint venture, with Sagem’s Albert Levionnois taking on the role of CEO.