Precision optics and metrology firm reports sharp increase in profits, despite having to write off costs of due diligence. 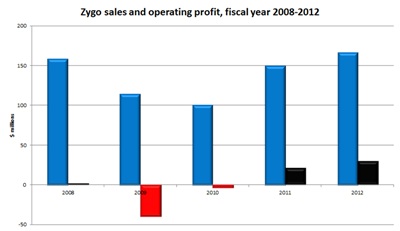 Zygo Corporation, the Connecticut-based company that specializes in precision optics and optical metrology systems, has completed a record-breaking financial year by posting an 11% increase in revenues and a sharp upturn in profitability.

On the downside, the firm also saw orders slump in the latest quarter, and has had to write off $0.7 million after deciding to abort a planned acquisition that had reached the due diligence stage.

However, that profit figure was distorted by a very large tax benefit in the closing quarter of the year. According to Zygo’s adjustments, the more meaningful annual net profit figure for 2012 was $24.8 million.

Interferometry orders
Despite weakness in the semiconductor market, a key sector for Zygo, the company still posted year-over-year sales growth in the final quarter of the year, as revenues reached $44.3 million.

According to the company, it has now received a large number of orders for interferometry systems that will be used in back-end semiconductor process inspection, and specifically for the emerging application of 3-D interconnects.

Zygo also has high hopes for its recently released “Mini” compact interferometer, which is designed for production-line metrology in applications where visual inspection has typically been the dominant method. Manufacture of small optical components is one target area, for example in camera lens production.

But it does appear that wider market weakness has started to impact overall bookings, which slipped to $35.5 million in the closing quarter of fiscal 2012 – lower than Zygo had expected, and down 20% from $44.2 million a year ago.

That slowdown looks to be part of a wider malaise, with the latest figures from the Semiconductor Equipment and Materials International (SEMI) organization showing that the three-month average book-to-bill ratio for North American semiconductor equipment makers dropped to 0.87 in July 2012 – the fourth consecutive month of decline as orders fell more than 10% from June. 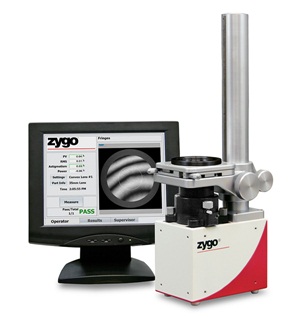 Lean and mean
Zygo’s management team has attributed the much-improved financial performance of the company in the past two years to a “back-to-basics” approach and a focus on lean operations to drive margins. Announcing the latest financial results, Zygo’s CFO John Jordan said that in 2012 the company had in fact registered its highest gross margin figure since 1983.

Areas where Zygo is now spending money in order to reap future benefits center on product development for extreme ultraviolet (EUV) lithography and 450 mm wafer production. The company has added manufacturing capacity, expanded its workforce and invested in new facilities to support that strategy.

Noting that the company has been capacity-constrained in some of its facilities recently, CEO Chris Koliopoulos said that Zygo had purchased a new $4 million facility in Tucson, Arizona, to support optics fabrication for its electro-optics business. Zygo has also leased an additional site in Richmond, California, home of its precision optics division.

And the CEO also revealed that Zygo had recently “terminated” what would have been a significant acquisition for the company, with $0.7 million in due diligence costs being written off in the final quarter of the year as a result.

“We spent considerable effort and resources on a substantial acquisition target intended to expand capacity and capabilities in our existing business, but over time the fundamentals of the target deteriorated from expectations, and we were compelled to terminate the effort,” Koliopoulos said, describing the outcome of the effort as “very disappointing”.

But the CEO remains on the look-out for other deals that will help, among other things, to alleviate capacity constraints, saying that Zygo will continue to target “opportunistic” acquisitions.