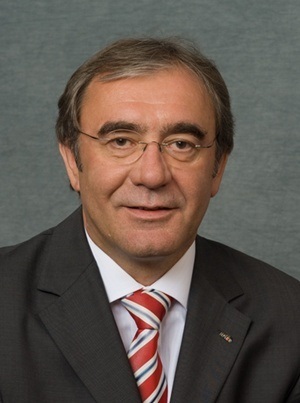 The industrial laser specialist Rofin-Sinar is set to miss its goal of doubling sales of fiber lasers in the current fiscal year, after posting weaker-than-expected financial results in its third quarter of 2012.

Last year, the company registered fiber laser sales of $42 million – mostly relating to low-power products – but CEO Günther Braun had been hopeful of reaching $80 million in the current year, as Rofin looks to challenge market-leading IPG Photonics in the multi-kilowatt regime.

Braun told investors that Rofin shipped 218 fiber laser units in the latest quarter, which ended on June 30. But only about 10% of those were multi-kilowatt lasers, and in the first nine months of the year its fiber laser sales so far total only $38.3 million.

That said, Rofin registered 565 orders for fiber lasers in the latest quarter (worth around $24.5 million), of which 44 are kilowatt-scale high-power products. The company added that it now has a backlog of 554 units, and is due to introduce a new higher-power diode module in the current quarter that is designed to make the lasers more competitively priced.

“We got larger orders for low-power fiber lasers from the electronics industry,” said Braun. “[But] the target to achieve the $80 million in fiber laser sales will not be achieved. Order entry most likely can come close to this number.”

Softening demand and currency impact
Overall, Rofin posted sales of $131.7 million for the quarter, of which $14 million related to fiber lasers. The sales total would have been higher but for the relative strengthening of the US dollar versus the Euro in recent weeks. Rofin says that without that foreign currency impact, its sales would have been more like $140 million.

In addition to a softening of demand in general – European sales fell 6% sequentially, while the upturn from the machine tool business in China has not been as strong as the company had hoped for – the currency impact means that Rofin will not meet its earlier predictions of a very strong fourth-quarter result.

“Traditional laser technologies were impacted by this development, [to a greater degree] than the latest fiber laser technology,” Braun added. “In general, business is somewhat shaky [and] there is no clear direction, positive or negative.”

For the full fiscal year, the company now expects to post sales of between $518 million and $523 million. That compares with Rofin’s earlier guidance of between $550 million and $570 million, and the record-breaking figure of $598 million posted for 2011.