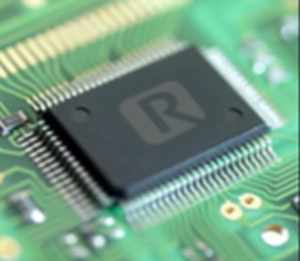 Raydiance, the California-based developer of packaged femtosecond laser technology targeted at manufacturing and machining applications, has announced the completion of a round of growth financing worth $20 million.

Raydiance says the new funds will be used to accelerate its consumer electronics efforts and ramp up manufacturing, to meet demand from medical, automotive and other manufacturing customers.

The investment has been pulled in by the appeal of what Raydiance describes as the world’s only industrial grade femtosecond laser platform. The R-100 system is intended to allow the integration of a packaged 1552 nm femtosecond laser source into industrial manufacturing or machining operations with a minimum of process modifications. To that end, the platform is designed around an all-fiber architecture and includes embedded software control of the laser parameters.

Applications for the platform have been growing. Since 2011 the company has collaborated with Rofin-Sinar on Rofin's StarFemto system for laser cutting and ablation, unveiled at that year's LASER show and the result of a technology alliance between the companies which remains in place. At the 2011 show Raydiance expressed confidence that a major ramp in deployments for production applications would follow in the near future, and new investment from Samsung indicates that the Korean consumer technology group foresees fruitful collaboration in its own business areas.

"Raydiance solutions have the potential to significantly improve existing manufacturing processes and to enable exciting new products," said Jay Chong of Samsung Ventures. "We are investing in Raydiance to ensure that these solutions are available for a variety of high volume manufacturing applications."

Bill Peatman of Raydiance told optics.org that the funding represented the first formal connection between the companies. "The Samsung investment does not reflect a shift in our market focus," he said. "It is a strong validation of the competitive advantages enabled by Raydiance solutions in precision manufacturing, drawing the interest of one of the largest consumer device manufacturers in the world."

The new funding arrives shortly after Raydiance and Delphi Automotive, a supplier of automotive parts based in Rochester, New York, were awarded a $3.7 million grant from the US Department of Energy in June 2012.

As one of a series of DoE investments in innovative manufacturing technologies, Raydiance and Delphi are working to exploit the cold-ablation ability of an ultrafast laser and use it to micromachine flow holes in Delphi-manufactured fuel injectors. Compared to a conventional stamping process, a laser-based operation should reduce rework and scrap rates, eliminate secondary etching or deburring processes, and increase energy efficiency.

Speaking to optics.org, Raydiance CTO Mike Meilke was upbeat about the path the company has followed since its emergence as a DARPA spin-out, and the neat fit between its business strategy and the goals for US photonics recently articulated in the second Harnessing Light report.

"In 2012 there is a clear need for revitalization," he said. "Advanced manufacturing, the next generation of telecom infrastructure, and the spread of lower-cost, cutting edge health care are ripe for growth in the US, and they would all leverage optics and photonics technologies."