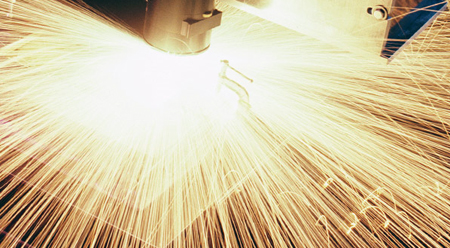 Direct Photonics is focused on the development of ultra-high brightness direct-diode lasers.

August is usually a quiet month for many European companies but in the past week alone Berlin-based Direct Photonics Industries has made a slew of key announcements encompassing staffing, distribution and sales.

The company, which only last month told optics.org that it was planning to achieve “unprecedented high brightness and power” from direct diode lasers, to challenge disk and fiber lasers, has named a new CTO, appointed a distributor for Asia, announced a license agreement with the Fraunhofer Institute for Laser Technology (CLT) and has made the first sale of its kilowatt Light Engine laser system.

Direct Photonics’ new CTO is Dr Stefan Heinemann who previously headed the Fraunhofer CLT, which is based in Plymouth, MI, USA, as director of R&D. He brings to DPI the essential know-how of the technology and is expected be a significant contributor to DPI’s ambitions for the laser material processing market.

In his new role, which he commenced on 20 August, Dr. Heinemann will lead the ongoing development and advancement of DPI’s patented ultra-high brightness direct-diode laser technology platform.

Wolfgang Gries, President and CEO of DPI explained, “Stefan has a strong track record of successfully building and running a high performance R&D organization and we are pleased to have him join our team. His experience and his collaborative approach to executing critical R&D plans will be tremendously valuable as we develop our platform of ultra-high brightness direct-diode lasers for materials processing applications.”

”This technology enables the power scaling of singe emitter diodes up to the kilowatt range by maintaining a beam performance and brightness that is not only unmatched by other direct diode laser suppliers but is targeting industrial cutting and welding applications that are currently driven by CO2 and fiber lasers.”

“Our company was founded on IP that has been mainly developed by the US Fraunhofer CLT. We secured the exclusive license of this technology as well as a non-exclusive basic technology license from Fraunhofer Aachen, in Germany. 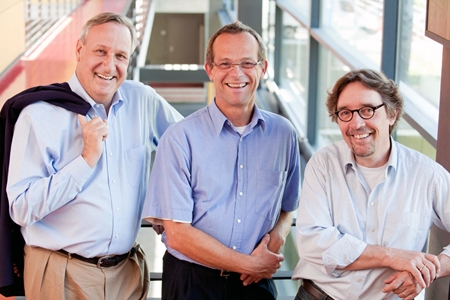 Gries added that the company had recently made its first sale of its kilowatt Light Engine laser system. “We do not yet have permission to name the client but the deal is a first step towards a potentially larger OEM agreement.

”The main markets we are targeting are the macro-scale lasers for laser material processing such as cutting, welding and rapid manufacturing such as for cladding and additive welding. As a sideline DPI also supplies high power pump diode lasers that are optically wavelength stabilized, such as for fiber laser development.”

The patents exclusively licensed under this agreement include U.S. Patent Numbers 7,751,458; and US11/680,761, and non-exclusive US Patent Number 6,124,973/DE 197 80 124 B4 among others. This patent suite provides Direct Photonics with exclusive rights to develop a wide range of ultra-high brightness direct-diode lasers for among others, materials processing applications.

Prof. Dr. Reinhart Poprawe, Director of the Fraunhofer-Institute for Laser Technology ILT, Aachen, Germany commented, “Direct Photonics’ approach aims to significantly improve the brightness of diode lasers at high power levels of several hundreds to multi-kilowatt output power. The core technologies are based on patented diode modules and dense spectral combining, which are both identified by our Institute, as the most promising approaches, to improve the brightness of diode lasers, to those of other industrial lasers.”

Leif Alexandersson, DPI’s VP Sales & Business Development, said, “Purchasing decisions in Asia and Australasia are largely influenced by cost and performance. With the appointment of these outstanding sales organizations coupled with our powerful and affordable ultra-high brightness direct-diode laser solutions, we expect to achieve high market penetration in the region.”