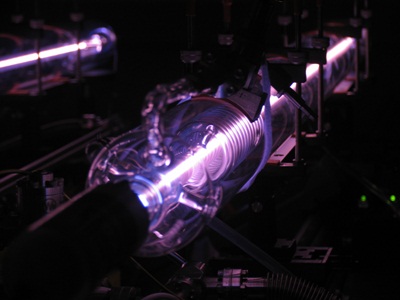 GSI Group, the owner of well-known photonics brands including JK Lasers, Cambridge Technology and Synrad, says its second-quarter sales for 2012 were hit by a sudden market downturn in early summer.

The company, which is still part-way through a major restructuring in which it is negotiating the sell-off of its semiconductor and laser systems businesses, posted sales of $70.4 million for the period - down from $82.6 million last year on a like-for-like basis.

CEO John Roush said that GSI would now make additional cost reductions in the light of the slowdown and the “anticipated lack of a second-half recovery”.

The former PerkinElmer executive told investors of a “sudden decline and significant deterioration in market demand” towards the end of May, initially in Europe and then in China.

Particularly impacted were sales of specialist lasers for scientific applications, before demand for carbon dioxide lasers from OEM customers based in China also slackened, Roush added.

The CEO’s comments echo recent updates from the executive management at GSI’s rivals Newport Corporation, Rofin-Sinar, Coherent and CVI Melles Griot owner IDEX – many of whom are also planning to cut costs amid the weak demand environment.

Some of the laser companies have reported delays in funding for scientific applications, while those selling into industrial laser markets have said that earlier expectations of solid growth in China as the year progressed have been significantly tempered. GSI said that its sales to the scientific market in the latest quarter were down 25% on the same period of 2011.

Fiber laser sales treble
One of the key exceptions is the fiber laser space, where GSI’s JK Lasers subsidiary reported a trebling of sales year-on-year. However, those revenues have started from a very small base, and are largely restricted to medium-power lasers rather than the 1 kW and 2 kW products released by JK recently – suggesting that the division is yet to pose much of a threat to market-leading IPG Photonics.

Roush also said that the majority of JK’s fiber laser custom was coming from existing partners who already own some of its YAG lasers, and that where JK could differentiate itself from the growing number of fiber laser vendors was in its application expertise – for example to cut intricate shapes.

The CEO added that in anticipation of rapidly growing sales of fiber lasers – in the latest quarter, the book-to-bill ratio was 1.7 – JK was adding significant manufacturing capacity and labor, and taking advantage of some of the local expertise in optical telecommunications near its UK location. He expects that within a few quarters, JK’s sales of fiber lasers will exceed those of the entire JK portfolio previously.

Acquisition focus
Unsurprisingly, given that growth trajectory, fiber lasers is one of three key strategic areas in which GSI is either investing heavily or seeking to make acquisitions. The other two areas are scanning solutions, where sales were up 15% year-on-year in Q2, and components for medical applications, where it appears that GSI is in discussions with a number of acquisition targets.

Negotiations with potential buyers of GSI’s laser and semiconductor systems businesses are also said to be advancing. The company is confident of disposing of the business units within a year and likely sooner, and as such is now treating them as “discontinued operations” while it focuses on being primarily a component supplier.

GSI has also appointed three new members to its board of directors and a head of corporate development to spearhead its acquisition strategy. The new directors are former Opnext CEO Harry Bosco (who remains on the board at Oclaro after its recent merger with Opnext), the former IDEX CFO Dominic Romeo, and ex-Goldman Sachs man turned venture capitalist Thomas Secor.

For the third quarter, which will include a significant number of scientific orders that were delayed from Q2, GSI is expecting to post flat revenues of somewhere between $68 million and $73 million.