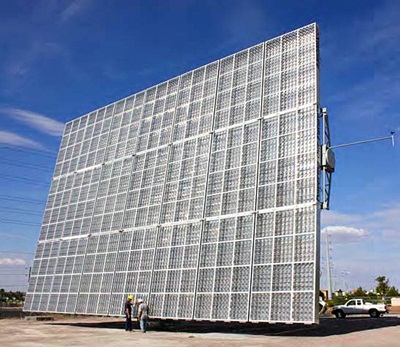 High-concentrating photovoltaic (HCPV) company Amonix, Inc. has ceased operations at its 20,000-square-meter facility in Las Vegas, Nevada - a site that it had started up barely a year ago.

It was reported locally that the Seal Beach, CA, headquartered company had started to sell manufacturing equipment, from automated tooling systems to robotic welding cells, in an online auction on 18 July.

Declining an invitation to be interviewed by optics.org, the company instead released a statement offering an explanation of its decision.

Amonix statement
“Based on intense competition, the challenging solar energy equipment pricing environment and lower than anticipated demand for concentrated photovoltaic (CPV) solar energy systems the US south west, Amonix has made the difficult decision to restructure the company and shut down its manufacturing center in North Las Vegas.”

”We appreciate the efforts that the city of North Las Vegas and the state of Nevada made in working with us to make the facility successful. We looked at several options and were really hoping that we could keep the North Las Vegas manufacturing facility, but it is not economically possible for Amonix at this time.”

”As we work toward a successful long-term future, we are adjusting our business and operations plans to parallel changing market conditions. The current plan is for Amonix to vacate the North Las Vegas factory by the first part of August, 2012.”

”The only federal incentive Amonix received for the North Las Vegas facility was a $5.9 million federal manufacturing incentive tax credit that was never utilized. Tax credits can only be used to offset taxable income, and Amonix has not realized taxable income to utilize the tax credits. Thus, those tax credits have not been claimed and have had no cost to U.S. taxpayers.”

Less than one month ago optics.org reported on the HCPV market. A generally optimistic market forecast from Lux Research cautioned that, “properly supported companies that expand intelligently will drive the High-concentrating photovoltaics market. However Lux also noted that “HCPV pioneer Amonix has expanded too soon, too fast and had to cut back.” But Lux maintained that "the door is open for emerging players like Soitec, SunCore, and SolFocus.” 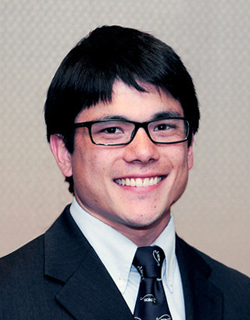 Cahill commented, “Our conclusion is still that HCPV would be a competitive technology if the players can achieve cost reductions in terms of scale production. Then it could be competitive with multi-crystalline technologies – within perhaps six years.”

”One of the main problems with HCPV is the high capital expenditure – it’s very expensive to get into HCPV because its high precision and the installations also have a high dollar / watt investment ratio.”

“Considering Amonix, the problem could be that its products [were] more expensive and less viable than many alternatives. The big question for a newly launched CPV company is how to survive for the five to six years necessary to establish themselves and reach a critical economic mass and generate enough of a business pipeline to become self-sustaining.”

He added that he thought Amonix had expanded before it really had a good solid demand for its products and there was no great pipeline. “Its installation in Colorado was funded by a US Government grant and the company was not able to find enough customers to justify the Government’s continued support over the next five years or so.”

Looking at the wider prospects for the HCPV sector, Cahill concluded, “One of the secrets to success for new CPV companies is finding stable long-term investment partners such as ABB investing in California-based GreenVolts, Siemens’ investment last year into Semprius, or Morgan Stanley’s investment in NGEN Partners including SolFocus. These partner-investment companies are big enough and diversified enough to sustain the financial pain of the long-term development of HCPV.