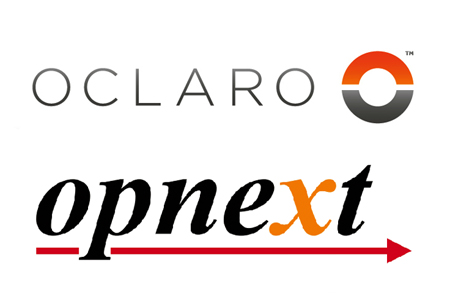 New look: the combined company will operate as Oclaro.

Oclaro, Inc., a tier-one provider and innovator of optical communications and laser solutions, and Opnext, Inc., a global leader in the design and manufacture of optical modules, components and subsystems, yesterday announced shareholder approval of their merger, which closed July 23, 2012.

The combined company will continue to operate under the Oclaro name, and today unveiled a new logo and brand identity to represent the creation of a new leader in the optical industry.

Under the terms of the deal, which has been thrashed out over recent months, Opnext shareholders will receive a fixed ratio of 0.42 shares of Oclaro common stock for every share of Opnext common stock they own. Details on how to exchange shares can be found on the investor section of the Oclaro website.

Alain Couder, chairman and CEO of the merged businesses, commented, "The new Oclaro boasts one of the broadest and vertically-integrated product lines in the industry. Our vision is that the power and speed of light will change the way we live and work.

"By transmitting data over fiber at increasing speeds, our customers have made possible new and fast growing applications such as social networking, video streaming, and cloud computing. The ability to control the power of lasers as a heat and energy source is transforming healthcare, material processing and consumer electronics. Through this merger, we have assembled the optical technologies, products and expertise at the heart of this new world of innovation."

Oclaro says it is now the second largest provider of optical components, modules and subsystems to the optical communications, industrial and consumer laser markets, with approximately $833 million in combined revenues for the fiscal year ended July 2, 2011, and approximately 3,200 employees worldwide. The company brings together over 30 years of combined optical technology innovation from leading optical technology companies such as Hitachi, Nortel, Alcatel, Marconi, Corning, Opnext, Bookham and Avanex.

Oclaro’s portfolio of products includes the components, modules and subsystems that transmit, receive, and amplify light signals over fiber optic networks to deliver a new range of high speed services in the core optical network, enterprise and data center markets. Its laser diode solutions deliver the power needed for cutting, marking, welding, heating and illumination for a broad range of new applications in the consumer electronics, industrial and medical markets. 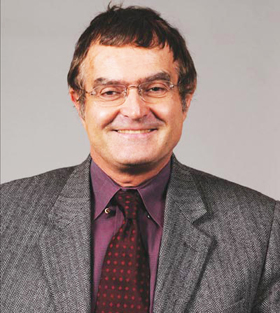 Alain Couder, chairman and CEO of the merged Oclaro.

New Board of Directors, management team
Andrew Schmitt, principal analyst for optical networks at Infonetics Research commented, “There is a lot of opportunity for vertical integration between Oclaro and Opnext and that should result in better margins for that combined business. The end market is definitely growing and there are opportunities in tunable XFP, 100G short and long reach."