Laser devices for aesthetic and surgical procedures feature in the FDA's list for second quarter of the year. 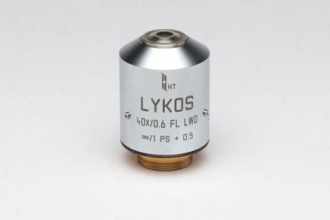 A selection of the photonics-based devices awarded 510(k) clearance by the US Food and Drug Administration during the second quarter of 2012, indicating that the regulators have approved the instrument for use in the United States.

The instrument is intended to be used during in vitro fertilization, to either thin or bore a small tangential hole through the zona pellucida of the selected embryo. This technique is employed in cases where the patient is thought to have an otherwise poor prognosis for successful pregnancy outcome, such as advanced maternal age, prior failed IVF procedures, or abnormal morphology.

The Lykos is a new version of the previously-cleared Zilos-tk instrument, which incorporates a laser source into a 40-times magnification microscope objective able to be screwed into the turret of most standard inverted or upright microscopes. The devices use an infrared laser operating between 1450 and 1480 nm wavelength to locally heat a small spot on the zona pellucida, liquefying a region surrounding the focal point and thereby providing access to the embryo itself.

The Lykos system has also received CE-mark approval for sale in the European Union.

General Surgery
The Evolve HPD 980/1470 nm Multiwavelength Diode Laser, also known as the Evolve Dual, has been cleared for use in general surgical applications including incision, ablation, cutting, and coagulation.

Developed by Biolitec, the Jena-based supplier of medical laser products which operates a US headquarters in Massachusetts, the system is specifically indicated for procedures in ear, nose and throat, and oral surgery, along with use in arthroscopy. The company already supplies a series of products operating at 980 nm, a wavelength absorbed by water and hemoglobin which allows controlled tissue ablation and facilitates a "bloodless" working field for surgical procedures.

The Biolitec group announced earlier this year that it intended to relocate its company domicile from Germany to Austria, in order to benefit from both Austrian group taxation and the proximity to growing future markets in Eastern Europe.

Aesthetic treatments
Palomar Medical Technologies, Massachusetts, has received clearance for the Palomar Vectus diode laser system intended for use in aesthetic, dermatology, general and plastic surgery applications. The Vectus can be applied to the treatment of vascular lesions, along with the treatment of leg veins, benign pigmented lesions, and hair removal procedures. Palomar has previously applied the Vectus brand name to a system specifically for hair removal.

The platform also includes the company's Skintel melanin reader measures, which assesses the skin's diffuse reflectance at three unique wavelengths of light to compute melanin index value, and provide practitioners with guidance as to the suggested starting laser fluence.

The K-Laser Cube infrared therapeutic lamp, employing direct infrared laser illumination for topical heating of muscles and joints, has been given 510(k) clearance for use in four different configurations. These include two units delivering 905 nm light at 10 W peak power; one delivering 800 and 970 nm at 15 W peak power; and a fourth supplying 800, 905 and 970 nm at 20 W peak power. Continuous wave or pulse mode at these wavelengths is possible.

K-Laser, Tennessee, supplies systems based on those developed by Italy's Eltech, and markets therapeutic Class IV laser systems as treatments for pain therapy, vascular treatments and veterinary applications. The K-Laser systems first gained FDA clearance in 2005, and are said to be capable of acting on inflammation, due to the analgesic nature of 970 nm light; or on deep pain, through the biostimulating effects of 800 nm wavelength.