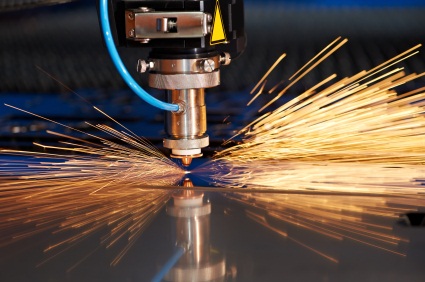 Advanced manufacturing - with a laser

Leaders at SPIE, the international society for optics and photonics (and owner of optics.org), have strongly welcomed a new report urging specific actions to re-invigorate the US manufacturing sector, saying that the proposals will make good use of the country’s photonics research and development activity.

The report identifies three key sets of actions designed to ensure that the US can address what is seen as a threat to the country’s historic strength in advanced manufacturing. In it, the 18-strong committee states bluntly:

“However, with a sustained focus, alignment of interests, and coordinated action by industry, academia, and government, the nation can retain its leading position in advanced manufacturing.” Among the committee members are twelve industry CEOs - including Intel’s Paul Otellini and Wes Bush from Northrop Grumman – and six leading figures from academic institutions.

“Photonics technologies are already the enablers behind advanced manufacturing, yet we are so far only seeing a thin slice of their full potential to drive growth and create new high-skilled jobs.”

Arthurs also stressed the need to follow the lead set by countries such as Germany and Korea, whose heavy investment in photonics research and development has showed exactly how the expertise gained can generate a competitive advantage in advanced manufacturing.

Recommendations
The AMP report lists 16 recommendations to address the three main “pillars” of support required: enabling innovation; securing the pipeline of talent and expertise needed to harness that innovation; and taking actions to improve the business climate and ensure that technological innovations transfer to economic benefits.

Much of the language of the report and many of the recommendations are similar to actions identified in other parts of the world – in particular the European Commission’s establishment of key enabling technologies (KETs), technology roadmaps and the intention to set up public-private partnerships designed to help technologies make it through the so-called “valley of death” transition from the laboratory to volume production.

The first of the AMP report’s recommendations is to establish and maintain a nationwide strategy for advanced manufacturing, in which specific “cross-cutting” technologies (similar to the EC’s “KETs”) are identified and prioritized.

“Photonics applications are exactly the sort of cross-cutting technologies that the [AMP] report sees as ‘vital to advance manufacturing’,” he said. “Photolithography and machine vision are just two examples. Without photonics technology, computer chips could not be fabricated, and the robots in advanced manufacturing plants would be blind.”

According to the report’s other recommendations to enable innovation, the next steps should be to identify what is described as a “starter list” of the cross-cutting technologies seen as vital to manufacturing, and increasing research and development funding in them as a priority.

Next, a national network of so-called manufacturing innovation institutes (MIIs) should be established – similar to the UK’s recent establishment of “Catapult” technology innovation centers – with industry/university collaboration enhanced through measures such as removing the cap on private-use activities in buildings constructed with tax-exempt bonds.

“We recommend the US takes action to end the restrictive tax policies that impede the speedy development of industry/university research collaborations and partnerships,” states the AMP report.

Closer connections
Connections between academia and industry should also be improved by creating what the steering committee calls a “continuum of capital access from start-up to scale-up” – partly through actions co-ordinated with the US Department of Defense.

Measures could include creating a special “Phase 0” section of the well-regarded Small Business Innovation Research (SBIR) program to test the commercial potential of new technologies at the prototype stage, and clearing the pathway to pilot-scale production by generating greater interagency co-ordination of procurement programs.

“We recommend the creation of a formal collaboration between the Advanced Manufacturing National Program Office and Department of Defense Title III program, as well as other relevant federal procurement programs, to establish a focused effort that can help complete a continuum of capital support from pre-company formation through to early-phase pilot and scale-up production,” states the AMP report.

For the “securing talent pipeline” pillar to support manufacturing, the six recommendations include setting up an advertising campaign to foster interest, and harnessing the abilities of military veterans as one way to help fill an acknowledged skills gap in the sector.

For the third pillar of support, which calls for improvements to the business climate surrounding US-based advanced manufacturing, recommendations include cuts to the overall levels of corporate tax to bring them into line with other advanced economies:

“Given global competition and the ripple effect of manufacturing to the economy, any tax reform should encourage investment in manufacturing,” says the report. This could be done through a reduction of the tax rate for domestic manufacturing activity, while strengthening of tax credits, such as increasing the R&D alternative simplified credit to 20% and making it permanent, are suggested.

“With these photonics applications, the results coming out of the manufacturing process are safer, more energy-efficient cars, more accurate medical equipment and other life-enhancing innovations,” he said. “The results for society are new, better-paying, higher-satisfaction jobs and a stronger, more stable economy.”

The new interagency Advanced Manufacturing National Program Office (AMNPO), hosted by the National Institute of Standards and Technology (NIST), is tasked with establishing a network of MIIs with a one-time $1 billion investment identified in President Obama’s planned budget for fiscal year 2013.

To develop its recommendations, the steering committee held regional meetings around the US and consulted more than 1,200 stakeholders and experts representing businesses large and small; universities, colleges and community colleges; and state and local governments.

Public input on the proposed network, which could consist of up to 15 regional centers, is now being gathered by the AMNPO. To view the latest report and its recommendations, click here.