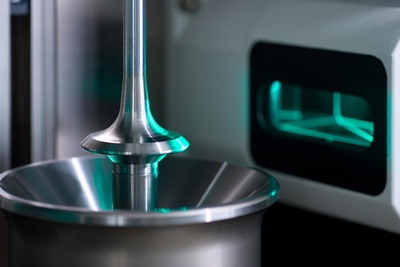 Located in São Paolo’s São Bernado industrial zone, the new ‘Jenoptik do Brasil’ office is a further sign of the company’s increasing globalization. Earlier this year Jenoptik established a new US subsidiary focused on the defense sector, and just last month the company set up a new presence in Singapore, with the aim of targeting the automotive industry and its supply chain in the region.

Jenoptik chairman Michael Mertin said of the various expansions: “We plan to achieve proportionally higher growth both in Asia as well as in America, and to double our sales in these regions over the medium term.”

“America” has typically meant north America, and largely the US market in the past for Jenoptik, but the company now sees both south and central America emerging as engines of growth. In fiscal year 2011, the American market delivered sales of €74 million for Jenoptik, equivalent to 13.6% of total sales.

In the opening quarter of 2012, America generated sales of €25.4 million, or 18.4% of the company’s total revenues, backing up the theory that the region is becoming an increasingly important market for Jenoptik.

The automotive industry will provide much of the initial focus for the new service office in São Paolo, and Jenoptik describes the move as a “first step” to position the company more closely to south American customers active in the automotive sector.

• Jenoptik has also updated its forecast for fiscal year 2012, and based on positive developments in the year so far it now expects to post a sales increase of between 4 and 8%, and group earnings before interest and taxes (EBIT) of between €45 million and €50 million. The EBIT figure represents a more precise and optimistic outlook than the €40-50 million range previously forecast by the company.

Sales into north America and Asia combined are expected to account for 40% of the company’s turnover in the medium term, which would represent a doubling of the current level if it is achieved. Jenoptik says that the local manufacture of components in emerging economies such as south America is a key trend, and it intends to continue creating and expanding its international operations to benefit from that trend.