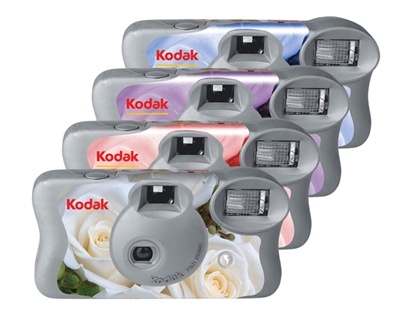 Bankrupt imaging giant Eastman Kodak is seeking approval of a novel bidding procedure through which to sell its extensive portfolio of digital imaging patents, but an ongoing row with rival Apple could threaten the sale.

According to documents filed at the US Bankruptcy Court in the southern district of New York, Kodak wants to sell two large families of intellectual property through a special auction process that is open to all “qualified” bidders.

The company’s financial advisors have been conducting extensive marketing of the patent portfolios over the past year, and following Kodak’s Chapter 11 bankruptcy filing in January this year, a sale of the assets became one of the core requirements of a $950 million financing agreement that is critical to the successful reorganization and restructuring of the Rochester-headquartered firm.

Timothy Lynch, Kodak’s “chief intellectual property officer”, said in a June 11 statement outlining a motion for competitive and confidential bidding: “The proposed structure of the auction is tailored to the special nature of the assets.”

“The bidding procedures are designed to allow bidders to give us their best offers without fear of showing their cards to competitors,” he added.

“Bespoke” auction
The patents have certainly proved lucrative to Kodak – with the company’s court filings noting $3 billion in licensing revenues resulting from its “digital capture” portfolio since 2003.

Existing licensees include Samsung, Motorola, LG and Nokia, but notable absentees from the list include Apple, the Blackberry-maker Research in Motion and Taiwan-based HTC. Kodak remains involved in patent litigation with the latter three companies, which it insists are infringing some of its key patents.

With Kodak now said to have stabilized its operations, a sale of the patent families is seen as one of the obvious sources of new financing as it prepares to emerge from the Chapter 11 bankruptcy proceedings.

But, according to court filings, the company is yet to receive what it considers to be an acceptable starting bid for the digital imaging patents. As a result, Kodak is proposing a “bespoke” sales process to maximize their value thorough a competitive auction.

Kodak says that a number of interested parties have emerged as potential buyers, from an initial list of 20 that signed confidentiality agreements and who have been granted access to a special “electronic data room”. But it is worried that a conventional “stalking horse” auction process will not raise a bid worthy of the true value of the portfolio.

Subject to the bankruptcy court’s agreement, Kodak wants all potential bidders to submit their bids before a final deadline of 5pm (Eastern time) on July 30, with a winning bid set to be announced by August 13.

Long-running Apple dispute
However, a long-running dispute with Apple could derail the proposed auction. One of Kodak’s motions calls for the court to rule that Apple has no interest in US patent 6,292,218 – seen as a key piece of intellectual property relating to digital image capture – as well as nine other patents that Apple says are based on its own inventions rather than those of Kodak.

In its own motion opposing that request vigorously, Apple’s complaint relates all the way back to a collaboration between it and Kodak initiated more than twenty years ago, before the era of digital cameras, camera phones and iPod digital music players. At that time, says Apple, it sought help with some of the key optical hardware needed for digital imaging – specifically with regard to lenses and solid-state image sensors.

But that collaboration was short-lived, with Kodak terminating the deal in mid-1996. According to Apple, Kodak – then a globally dominant force in the pre-digital world of photographic film and print developing processes - had been “secretly filing patent applications” based on technology that Apple had disclosed during the course of the two companies’ collaboration.

“These applications led to at least ten patents, in which Apple now asserts its rights,” states Apple’s motion. In 2010, Apple – by now a far richer company than it had been in the 1990s - launched a lawsuit against Kodak in a Californian court asserting Kodak’s “misappropriation” of Apple’s technology and breaches of the parties’ contractual agreement.

Apple says that it wanted to resolve the issue through mutual agreement, but argues that Kodak effectively dragged its feet as it approached bankruptcy proceedings – and that its proposed auction process is an attempt to resolve the dispute on a summary basis.

“Kodak cannot now use the urgency of its Chapter 11 situation to ramrod through a procedurally-flawed and substantively-meritless motion on issues that require thorough analysis by a federal district court of competent jurisdiction,” it states.

The New York court is scheduled to hear Kodak’s case for the patent auction on July 2, and if it approves the proposal that auction is expected to take place in early August, following the receipt of confidential bids.