A project to build what will be by far the world’s largest optical and infrared telescope – complete with six laser guide stars and an adaptive mirror to yield astronomical images in unprecedented detail - has passed a key stage of approval.

At a meeting in Garching, Germany, six of the fourteen European Southern Observatory (ESO) member states (Germany, Austria, the Czech Republic, the Netherlands, Sweden and Switzerland) voted in favor of constructing the proposed European Extremely Large Telescope (E-ELT) – a 39.3 meter diameter instrument to be sited at the summit of Cerro Armazones in northern Chile.

Four other members (the UK, Belgium, Finland and Italy) voted in favor of the project ad referendum, meaning that they support the project but that their respective governments must confirm their participation and funding. The remaining four ESO members (Brazil, Denmark, France and Portugal) are said to be actively working towards joining the program shortly.

"This is an excellent outcome and a great day for ESO," said the ESO director general, Tim de Zeeuw. "We can now move forward on schedule with this giant project." 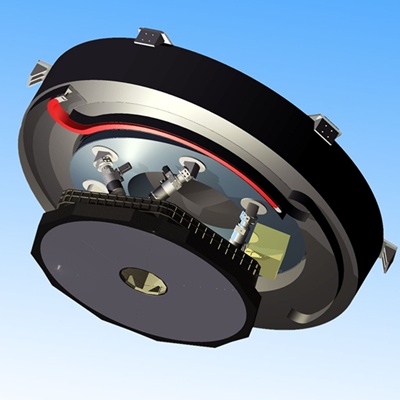 Adaptive mirror gets early start
The cost of building the telescope, which will have more than twenty times the light-gathering power of the current generation of Very Large Telescopes (VLTs), has been estimated at just under €1.1 billion (at 2012 prices). Once the ESO’s member states have committed to 90% of that cost, initial civil works are set to begin in Chile, starting with the preparation of an access road to the summit of Cerro Armazones and leveling of the site.

And although the telescope is not expected to become operational until around a decade from now, some elements of the project are so complicated that work has already started on them.

For example, contracts to develop the adaptive “M4” mirror (E-ELT will feature five mirrors in all, two of which will be adaptive), seen as requiring an early start if it is to be ready on time, have already been signed with Italy’s AdOptica consortium.

In the UK, where financial support for the project must still be confirmed by the government, the benefits for suppliers of high-precision optics and related equipment is expected to run to more than €100 million overall.

One key part of the project in which the UK will be closely involved is the “CANARY” four-laser system to provide guide stars for the adaptive optics that compensates for the blurring effect of the Earth’s atmosphere.

John Womersley, chief executive of the UK’s Science and Technology Facilities Council (STFC), said in a statement following the ESO council vote: “Today’s announcement is an important step towards construction, though the final go-ahead depends of course on obtaining approval by a number of governments (including ours) to such a long-term financial commitment.”

UK involvement
According to STFC, around €10 million in project funding has already been won by UK contractors for the pre-construction phase of E-ELT. Assuming that full construction gets the go-ahead, there will be open competition between member states for industrial contracts expected to be worth a minimum of €800 million in total.

“Work done so far puts UK industry in a strong position to be successful in bidding against this, especially in the areas of optics manufacture, detectors, software and structural engineering,” noted the STFC in a statement apparently designed to remind government of the spin-off benefits of international projects.

It added that a UK consortium based at the OpTIC Glyndwr industrial park in Wales was already developing prototypes of the primary mirror segments needed for E-ELT. Securing the contracts to manufacture the segments that will actually be used in the telescope could be worth more than €100 million, claims STFC.

Planetary search
Among the many scientific aims of the E-ELT will be to view some of the earliest galaxy formation in the universe, to shed light in the nature of dark matter and dark energy, and to observe planets orbiting distant stars. Among the many technological innovations will be a planet-imaging spectrograph and imaging polarimeter with “extreme” adaptive optics, known as “EPICS”. 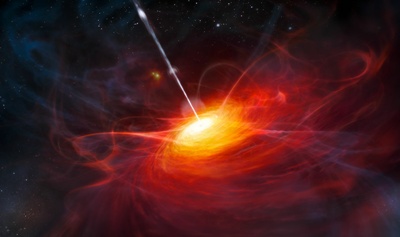 The E-ELT’s primary mirror will comprise 800 individual hexagonal mirrors, each 1.4 meters in size. At 2.6 meters in diameter and just 2 mm thick, the M4 adaptive mirror will deform at a speed of up to 1000 times per second to compensate for atmospheric turbulence, and is seen as one of the most complex parts of the entire project.

If construction goes ahead as planned, then the E-ELT should join the James Webb Space Telescope (JWST), which will also be searching for the earliest signs of galaxy development in the universe, at the forefront of the next generation of astronomy tools.

The JWST is now scheduled for launch in 2018, and its Europe-built mid-infrared instrument (MIRI) was delivered to NASA’s Goddard Space Flight Center earlier this month.

• SPIE's Astronomical Telescopes & Instrumentation conference and exhibition takes place in Amsterdam, the Netherlands, from 1-6 July. It features 2200 technical papers and 88 exhibiting companies, and discount registration is available until June 15.