Coherent Scotland and M-Squared Lasers among recipients of grants for projects designed to create new commercial products and processes.

Photonics companies in Scotland and Cambridge are the among the recipients of grants in a total £20 million round of project funding in the UK that is aimed at developing new commercial products.

Ten of the 40 projects being supported through the Technology Strategy Board’s “Technology Inspired Innovation” competition for collaborative research and development relate to optics and photonics. As well as the TSB, the projects are supported by Scottish Enterprise and the Biotechnology and Biological Sciences Research Council (BBSRC)

The awards demonstrate a recognition of the need to aid companies and universities as they seek to turn a promising piece of research into economic benefit for the country, bridging the so-called “valley of death”. TSB chief executive Iain Gray said in the TSB’s statement on the funding round:

“The aim of these funding competitions is to stimulate projects inspired by new discoveries and breakthroughs, including ideas that are yet to find specific applications in a recognized market or business sector.”

Scottish companies feature prominently in the photonics-related selections. Funded in the “electronics, photonics and electrical systems” bracket are projects set to be led by Coherent Scotland, M Squared Lasers and Thales Optronics, as well as Cambridge-based Plastic Logic, London’s Solar Press, and Gooch and Housego. 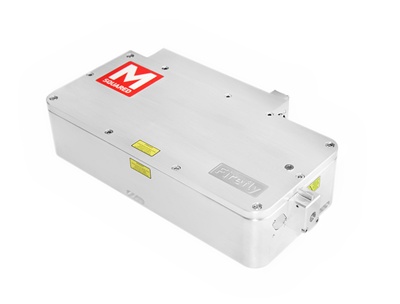 Project details
Coherent Scotland will work with the University of Strathclyde’s Institute of Photonics on high peak power ultrafast oscillators (“HiPPOs”) for biological applications in multiphoton microscopy. While the technology of multiphoton microscopy is already used in biological imaging, the lasers that are required are relatively complex and costly, and this project will look at new laser sources that can be tailored for imaging performance and ultimately bring multiphoton technology to a wider market.

M Squared Lasers, which already produces compact ultrafast lasers, will work with both the Institute of Photonics and disk-laser specialist Solus Technologies in a project to develop an optical parametric oscillator (OPO) for hyperspectral sensing.

By extending imaging capability into the long-wave infrared (LWIR) region, such a system could be used in a range of applications, including explosives detection, medicine and the search for oil and gas. That is because the LWIR region is spectroscopically rich, and provides specific chemical information in the form of “molecular fingerprints”.

The main problem with the LWIR region is finding a practical light source capable of emitting in this part of the spectrum, and the project partners plan to use nonlinear semiconductor materials such as patterned gallium arsenide and zinc germanium phosphide, as part of an intracavity-pumped, continuous-wave OPO.

The University of Cambridge displays technology spin-out Plastic Logic will work on two funded projects, both relating to organic LEDs. In one, it plans to develop new high-performance amorphous polymers, which have the good carrier mobility needed in display backplanes but are not yet suitable for mass production.

In a related effort, Plastic Logic will lead a project aimed at integrating organic thin-film transistors (TFTs) with organic LED frontplanes, with potential applications in future generations of tablet PCs, smartphones and other electronic devices.

Thales Optronics will be leading a project also featuring Gooch & Housego and the University of Leeds, with the aim of developing a compact and eye-safe laser-illuminated imaging sensor that is capable of long-range operation.

PV projects
Projects in the area of next-generation photovoltaics technologies will involve Imperial College, London and its Solar Press spin-out, and the steelmaking giant Tata Steel. Tata will work with Camvac and the Centre for Process Innovation on polymer-based substrates and encapsulants for dye-sensitized solar cells, while the Imperial team is looking to scale up the production of photovoltaic polymer materials to the kilogram scale.

In the “nanotechnology” funding pot, another Scotland-based consortium plans to develop mid-infrared gas sensors based on LED sources. Gas Sensing Solutions will lead a project also featuring the III-V foundry Compound Semiconductor Technologies and the University of Glasgow, with the aim of dramatically reducing the power requirements of the sensors so that they are compatible with batteries and energy-harvesting devices.

Other photonics-related projects to gain funding include work on new types of fluorescent labels for medical diagnostics, and an automated vision system for the food industry designed to be compatible with a wide range of imaging and sensor devices.

According to the TSB, the offers of funding are conditional and remain subject to the successful completion of TSB, Scottish Enterprise and BBSRC compliance and financial review processes.