More than a hundred remote sensing satellites will be built over the next decade, at an estimated value of $17 billion. 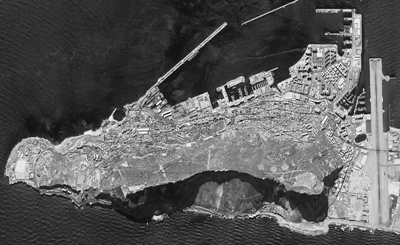 The need for more and better imaging data will be the major driver behind a “healthy” market for remote sensing satellites over the next ten years, according to a new study by US-based Forecast International.

Specializing in the aerospace and defense sectors, analysts at the company say that 108 new remote sensing satellites will be produced between now and 2021 – equivalent to a market worth $17 billion.

William Otrove, author of the report, points out that while military and government customers remain the primary users of that imagery, the commercial sector is – as with aerospace in general – set to play an increasingly important role.

Otrove’s study notes how the recent wars in Iraq and Afghanistan have seen satellite imagery come to the fore: “The success of space-based imagery accentuated the necessity of these systems in establishing situational awareness on the battlefield,” he says.

Commercial satellites also play a vital part in the gathering of military intelligence, he adds, through programs such as the US National Geospatial Intelligence Agency’s Enhanced View.

But that imagery is also playing an important role in other areas. One example is the American Association for the Advancement of Science (AAAS) Geospatial Technologies and Human Rights Project, where satellite imagery is being used for remote documentation of human right violations.

Recent studies by the AAAS team include satellite-based assessment of damage to 24 villages in Tskhinvali, Georgia, during the conflict that broke out between Georgia and neighboring Russia in August 2008. That study found “obvious craters from munitions and tracks from the presumed movement of military vehicles, which resulted in clear damage to the vegetated areas throughout the region”.

Other satellite imaging studies have shown obliterated villages in Darfur, part of what is now South Sudan, as well as destroyed settlements in Zimbabwe, and much more besides.

But one of the most difficult aspects of documenting the impact of conflicts in isolated parts of the word is to count the number of people affected – largely because a single person would be represented by just a solitary pixel in a typical satellite image, which is collected with a Cassegrain telescope from several hundred kilometers above the Earth.

Wider world view
At the recent SPIE Defense, Security and Sensing (DSS) conference and trade show in Baltimore, US, a team from the European Commission’s Joint Research Centre in Italy described a new method that uses a wider range of spectral bands now available via the WorldView-2 satellite, part of the DigitalGlobe remote sensing constellation.

As well as visible-range spectral bands, WorldView-2 provides two different near-infrared views of the Earth, to a multispectral resolution of 1.8 meters.

According to Otrove, as well as using more of the infrared spectrum, governments are increasingly turning to the non-optical capability of synthetic aperture radar, which can be used to generate images through cloud cover and at night.

In the growth area of commercial and private use, the analyst says that applications include urban planning, agriculture, mapping and transportation.

Key system integrators in the remote sensing satellite industry include Europe’s EADS Astrium and Thales Alania Space, Lockheed Martin and Ball Corporation in the US, and Japan’s Mitsubishi Electric.

“The opportunities for manufacturers will increase as remote sensing applications and demand rises,” reports Otrove. “However, maintaining a competitive edge will require upgrading satellites with the latest technology, expanding constellations and replacing older satellites.”

Last month, DigitalGlobe revealed details of one of the estimated 108 new remote sensing platforms, in the form of its planned WorldView-3 satellite, scheduled for launch in 2014. In addition to offering 0.31 meter resolution panchromatic and eight-band multispectral imagery, it has been licensed by the US National Oceanic and Atmospheric Administration (NOAA) to collect eight-band short-wave infrared (SWIR) data.

According to the company, this will make DigitalGlobe the only company with multi-band SWIR capabilities, greatly expanding the range of customer applications available.

”We had many options, and after months of working with both government and commercial customers, we chose to add the SWIR bands that will best address our customers' needs,” stated Walter Scott, DigitalGlobe’s founder, executive VP and CTO.