But the leading manufacturer of CMOS image sensors still sees a need to diversify outside of consumer applications. 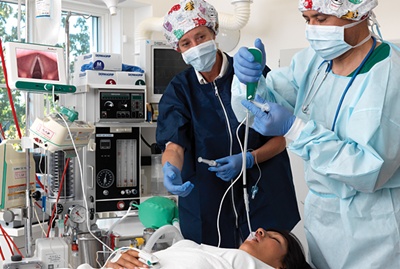 OmniVision Technologies has reported a strong sequential increase in sales of image sensors in its closing quarter of fiscal 2012, thanks to growing consumer demand for smart phones and tablet PCs featuring higher-resolution cameras.

The Californian maker of CMOS imaging devices posted revenues of $218.5 million for the three months that ended on April 30, up 18% on the previous quarter, when sales were hit by the post-holiday period.

But although the short-term trend looks positive, OmniVision’s sales were down 15% on a year-over-year basis, while for the full fiscal year total revenues of $898 million were also down, by approximately 8% from $957 million in fiscal 2011.

Annual profits were down much more sharply, sliding 47% from fiscal 2011, with gross margins suffering as the company ramps up production of some of its new high-resolution products on a 12-inch semiconductor wafer platform for the first time. OmniVision executives say that yield problems with the new processes involved are the root cause of the issue.

In a conference call with investors, CEO Shaw Hong described the company’s gross margin as “under pressure”, despite growing demand for the high-resolution sensors. “We have already launched multiple programs to improve our performance,” he said. “These actions range from more aggressive development in integrated imaging solutions to more vigorous efforts to increase production yield.”

Hong also said that he would expand the research and development focus of the company, and that bringing through new technologies remained a key element of his growth strategy.

High-res traction
Illustrating the growing demand for high-resolution sensors, OmniVision has just launched a 12 megapixel device capable of 24 frames per second operation that is compatible with smart phone and tablet designs.

In the last quarter, sales of its 5 megapixel sensors doubled sequentially, while shipments of 8 megapixel devices were said to have grown “steadily”.

Another important part of Hong’s strategy is to penetrate new markets outside of the consumer electronics sector, in which OmniVision already excels. In the latest quarter, more than half of the company’s sales were driven by the mobile phone industry, with another 28% relating to what OmniVision calls the “entertainment” sector, but which includes applications in tablet PCs.

Ongoing strategic objectives include diversifying into the automotive and medical sectors, where the company is reporting some progress. Production cars from top-tier automobile makers that are scheduled for launch in 2014 are set to feature OmniVision’s OV10630 sensor in rear-view and 360° surround-view applications, for example.

In the medical area, Danish customer Ambu is deploying OmniVision’s OV6922 sensor in its new “Ambu 2” flexible disposable videoscope used for complex intubation applications, where the single-use nature of the device reduces the likelihood of cross-contamination and infection in patients.

OmniVision’s management team expects sales to grow again in the current quarter, to somewhere between $235 million and $255 million, but that wasn’t enough to stop the company’s stock price plunging more than 10% following the results announcement – although the drop was exacerbated by weaker than expected data on US job creation and economic growth in China.