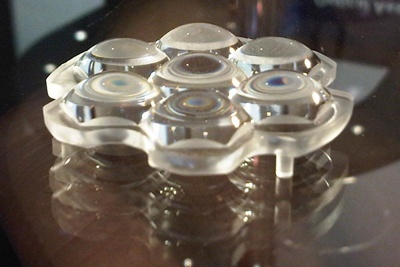 Contract engineering services firm ASE Optics has opened a new European wing in Barcelona, Spain, in a response to the growing need for optical engineering expertise in the region.

Andres Cifuentes will head up the Barcelona operation in the role of director of European sales and engineering, aided by support from around ten ASE engineers. Cifuentes’ most recent role was to manage the Southern European Cluster in Photonics and Optics (SECPhO), something that he will continue for the next few months while a replacement is appointed.

ASE Optics says that the move is partly a response to the shortage of optical engineers in Europe, at a time when demand for optical technologies is growing quickly. Christopher Cotton, the company’s general manager, said in a statement:

“ASE Optics provides optical engineering support for companies who can’t find, can’t afford, or can’t justify having an optical engineer on staff. We’re seeing increasing requests for help from European companies, and are pleased to now provide them with regional support.”

Biomedical applications
Speaking to optics.org at the Optatec exhibition in Frankfurt, Germany, Cifuentes said that applications in medicine were one of the key areas where ASE Optics Europe would be likely to see increasing demand. One recent example includes laryngoscopy, where a more advanced camera and assembly design for imaging optics makes for easier intubation, particularly in children.

Parent company RPO, which was spun out of Kodak’s Rochester operations, appears to be continuing along a path of rapid growth. Now with around 200 employees, the company is particularly well established in the US defense sector, which according to director of sales and marketing Ed Patton accounts for around 60% of RPO’s turnover. Of the remaining 40% that arises from commercial applications, much of the current demand arises from the biomedical sector, he added.

One key growth application area is in femtosecond laser cataract surgery, where a number of companies are in the process of commercializing new systems and procedures.

ASE and its new European division are aimed purely at commercial applications, where it is hoped that engineering service customers will ultimately become volume buyers of RPO products.

RPO president Bill Hurley sees engineering services as a key influence on end system performance for his company’s customers. “ASE Optics has brought our customers tremendous value by improving performance for all types of systems. Their unique ‘Discovery Service’ is an economical way to seek answers fast,” he said. “We’re pleased to strengthen our European market presence and increase our engineering services with the opening of ASE Optics Europe.”

The European office will offer the same service, providing 20 hours of engineering for €1950. The service aims to determine feasibility, define a problem, or identify a solution to a well-defined problem. ASE Optics Europe offers lens design, lens assembly design and engineering, prototyping, and small volume lenses and assemblies.