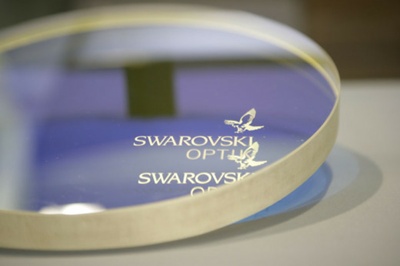 by Mike Hatcher in Frankfurt, Germany
The 1000 or so companies that make up Germany’s photonics industry increased their sales by 16% to a record-breaking level of €25.7 billion in 2011. And despite the ongoing eurozone debt crisis and the current turmoil afflicting the local photovoltaics sector, those vendors are looking forward to another very strong year in 2012.

That’s according to Tobias Weiler, managing director of the SPECTARIS high-tech industry association. Speaking at the Optatec trade fair for optical technologies, components and systems in Frankfurt this week, Weiler said that the latest SPECTARIS survey of member companies suggested a 10% increase in turnover this year, to reach €28.2 billion.

As is typical in Germany, exports make up a very large chunk of that figure. Weiler said that sales to foreign countries would likely amount to €19.6 billion this year, around 70% of the total, with domestic sales of €8.6 billion.

Technically, nearly a quarter of those exports go to Germany’s next-door neighbor, The Netherlands. However, this figure is somewhat misleading, because a huge proportion of those products are simply being shipped worldwide via the giant port of Rotterdam.

In fact, says Weiler, a quarter of Germany’s exports are destined for the US and China, with exports to the latter increasing by a remarkable 60% between 2010 and 2011. Officially, exports to Asia increased by 36.5% last year to reach €6.9 billion.

This year, total German photonics exports are expected to rise by a little more than 10%, while domestic sales should grow at a slightly slower rate, suggesting that vendors are relatively relaxed about the continuing debt crisis impacting the region, given that the European Union still accounts for nearly half of those exports.

Japan leads German imports
As far as imports are concerned, Japan is Germany’s most important trading partner in photonics. Japan accounts for 31% of German photonics imports, followed by the US at 20%. Six of the top-ten companies from whom Germany imports photonics products are based in Asia, noted Weiler.

The ongoing boom in the sector seen since the sharp contraction of 2009 means that an estimated 142,500 people are now employed by the photonics industry in Germany – up 6% on the 2011 figure.

Weiler also highlighted the need to ensure that regulatory hurdles that could slow the industry’s growth curve are addressed. One key measure is the European Commission’s Restriction on the use of Hazardous Substances (RoHS) directive, which applies to optical glass despite the critical importance of heavy metals such as lead and cadmium in optics for applications such as fluorescence microscopy.

SPECTARIS and others haves already campaigned successfully for an RoHS exemption for optical and filter glass through 2016, but now want to help the industry obtain a permanent exemption similar to the one in place for the cadmium that is used in some thin-film photovoltaic panels.

Weiler also welcomed the “2020 High-Tech Strategy” proposed by the German federal government, intended to make Germany a pioneer in resolving key global challenges, as a key way to maintain a high level of spending on photonics research and development in the country.

SPECTARIS has expressed its concern that R&D funding in the form of large tax breaks for companies could increase the danger of what it terms “windfall gains” that are not focused on specific applications. Instead, it prefers the idea of modest tax breaks in combination with targeted funding of sectors that show greatest promise for the future, an approach that it says has delivered tangible success in the past – and which would not be possible through tax breaks alone.

PV policies criticized
Around a quarter of Germany’s photonics firms were represented at the Optatec event in Frankfurt, with domestic companies accounting for 248 of the 488 listed exhibitors. Running for the 11th time, the biennial event organized by P.E. Schall typically attracts some 5000 attendees.

Paul Schall, managing director of the trade fair company, criticized Germany’s politicians for their handling of the photovoltaics sector, in which several well-known domestic companies have been forced into bankruptcy recently.

“Manufacturers of photovoltaic and solar technology are dealing with entirely outrageous, politically motivated problems,” Schall said at the event's opening press conference. “As a tender seedling, the solar industry is literally being destroyed, which is unfortunately resulting in consequences for a number of manufacturers of optical technologies and products as well.”

Schall drew a contrast with support in other sectors, observing that the European aircraft industry – in the form of Airbus – was supported and subsidized “massively” for decades before it became a globally competitive enterprise and an employer of many thousands of people.

“I can’t understand at all how one can successfully ‘ring in’ the energy revolution at first with costs running into the billions of euros – with targeted funding of power generation by means of photovoltaics and solar energy – and then simply terminate funding after everything is well under way and throw an aspiring industry into crisis,” Schall concluded.