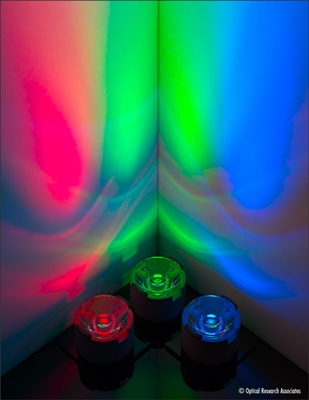 Synopsys has continued its move into the market for optics and photonics design software with the acquisition of RSoft Design Group.

The deal, for an undisclosed sum, follows the same company’s acquisition of Optical Research Associates (ORA) in 2010, with Synopsys saying that it will now be able to provide customers with a more complete set of optical design solutions.

Telecom expertise
RSoft is most closely associated with the optical communications sector, where its tools are used to design components, systems and networks. The company was incorporated at the height of the telecoms boom period in early 2001, and raised some $38 million in equity funding shortly afterwards, with partners including Telcordia Technologies and its venture capital wing.

But RSoft’s tools are useful in other areas too. Synopsys highlights applications in nanolithography components, and says that the accurate modelling of nano-scale optics can help to improve light extraction efficiency in displays and the LEDs that will become increasingly important as the solid-state lighting sector takes off.

Indeed, the emergence of the solid-state lighting market and its impact on LED design was cited by Synopsys as one of the major drivers behind its 2010 acquisition of Synopsys. One of RSoft's most recent developments is its "LED Utility", which is said to "accurately simulate novel LED structures and all materials involved".

RSoft currently has 25 employees at its headquarters in Ossining, New York. While Brown said that the company’s executive team has joined Synopsys, it is not yet clear whether all of those staff will be retained.

“Synopsys values the knowledge and expertise of RSoft’s employees and intends to keep as many RSoft employees as possible while dealing carefully with any areas of overlap,” Brown told optics.org, adding that while the team would remain in their current site for the time being, this may change in the longer term.

RSoft will be integrated within Synopsys’ silicon engineering group, which is managed by senior VP and general manager Howard Ko. In a statement announcing the deal, Ko said:

“Synopsys’ strategy is two-fold: continued leadership in EDA (electronic design automation) while expanding our total addressable market into adjacent technologies, including optical design. The addition of RSoft’s products expands Synopsys’ solutions in both the optical and adjacent photonic markets.”