Heavily funded developer of thin-film PV modules could not cope with cut-throat competition, and is seeking an industrial investor. 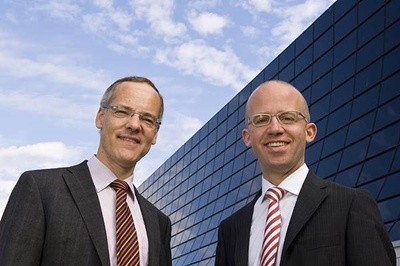 Soltecture, the Berlin-based developer of thin-film solar modules formerly known as Sulfurcell, is the latest German photovoltaics company to go bust in the ongoing industry shake-out.

Prompted by the wider problems of manufacturing overcapacity and slack demand resulting from fast-disappearing incentives in key European markets, the collapsing price of conventional crystalline silicon solar modules has now sent a series of well-known and well-funded PV firms to the wall.

Soltecture’s executive team applied to open insolvency proceedings on May 9, wrote the company in a press release. The responsible insolvency court in Berlin Charlottenburg has appointed Hartwig Albers from the law firm Brinkmann & Partner as the preliminary insolvency administrator.

Soltecture, which specializes in copper indium gallium selenide (CIGS) PV modules, had attracted €18.8 million in equity funding as recently as January 2011, in a round led by Intel Capital that took total funding in the company to beyond the €100 million mark.

It has also built a module production facility with a capacity of 35 MW and demonstrated record-breaking efficiencies for commercially viable thin-film products. But all of that progress, not to mention a listing in last year's "Cleantech 100" list, has counted for precious little in the face of a collapsing market.

In February, CEO Nikolaus Meyer had suggested that Soltecture was involved in negotiations with several Asian companies looking for a strategic partnership. “The discussions are at an advanced stage with a number of parties and we are very confident about closing a deal soon,” he had said at the time. Clearly that deal did not happen:

“The high surplus capacity on the market has led to a dramatic drop in solar module prices, which - despite the company’s greatest efforts to further reduce costs - could not be compensated.”

Rescue bid?
Although the company’s future appears bleak, Meyer did hold out some hope that the recent negotiations for a sale may yet find success in the form of a rescue by an industrial investor willing to continue operations at Soltecture’s Adlershof headquarters:

“This is a tough day for our company,” said the CEO. “However, the discussions over the last month make me extremely confident that with our technology we will be able to secure a new, strong partner as a shareholder. We will be working together closely with our insolvency administrator, Hartwig Albers, to successfully negotiate an agreement with an industrial investor as quickly as possible”.

Soltecture is just the latest in a series of high-profile insolvencies to hit the previously all-conquering German PV sector, following the collapse of Q-Cells, Odersun and Solon, among others. Last year’s name-change from Sulfurcell to Soltecture reflected the company’s desire to target architects, who it was hoped would design the firm's energy-generating technology into new building-integrated photovoltaics (BIPV) schemes. But that market is yet to take off in any meaningful way.