Construction of initial 50MW of a potentially much larger deployment in Baja California is set to begin later this year. 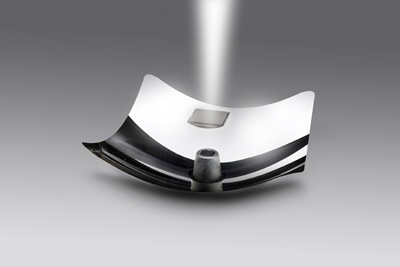 Nearly 4000 concentrated photovoltaics (CPV) systems supplied by the US company SolFocus are to provide a 50 MW facility for solar electricity generation in northern Mexico.

That deployment is just the first of an expected nine “tranches” of construction at the Baja California site, with project developers Grupo Musa and Synergy Technologies planning a total capacity of 450 MW in the solar-rich location.

One of the sunniest places in the world, northern Mexico is seen as an ideal location for CPV, which relies on clear blue skies to work effectively. But despite that high insolation, Mexico is a relative newcomer to solar power, with its renewable energy provided largely by wind until now.

Another reason why solar is yet to take off in the country is its high temperatures, which can be a problem for more conventional PV. However, CPV performs well in hot climates.

Operational 'by end of 2013'
Slated to be operational before the end of next year, just the initial 50 MW deployment will represent by far the largest project in which SolFocus has yet taken part. Mark Crowley, the company’s CEO, said: “In the first year of operation we should deliver at least 120,000 megawatt hours of electricity to Baja California.”

That will be produced courtesy of 3850 SolFocus SF-1136SX systems on a 300 acre site. The SolFocus equipment is significantly different to that of its main CPV rivals Amonix and Soitec, in that it is based on reflective (rather than refractive) optics.

Where Amonix and Soitec both use low-cost plastic Fresnel lenses to concentrate sunlight onto high-efficiency, multi-junction solar cells, SolFocus instead employs a two-mirror system and non-imaging glass optics to provide a concentration of 650x.

The SF-1136SX systems, launched last year, each yield a peak power generation of 15.6 kW (direct current), meaning that the 3850 systems will together have a peak output of 60 MW, prior to conversion into alternating current via an inverter.

The Baja California project, which will represent the largest CPV installation in the world if all nine tranches of 50 MW are fully financed and use the technology, is a collaboration between private and public-sector. Key partners include ProMéxico, the Mexican government’s promotional vehicle for international trade and investment, and the Asia Pacific Development Corporation.

Following a year of negotiations, they agreed a $720 million loan from international finance group FINEXIM to pay for the first four 50 MW tranches of the solar project.

• Another CPV company in the US, North Carolina-based Semprius, has raised a further $7.5 million in its latest tranche of Series C equity financing, bringing the total for the round to a close at $31.1 million.

Semprius is currently building a pilot CPV module manufacturing facility in Durham, NC. Its designs are based on a low-cost transfer semiconductor printing process to make high-efficiency cells. Those are combined with optics that deliver a concentration factor of 1000, which helps to further reduce the cost of the electricity produced. Commercial production at the site is slated for the second half of this year.

Investors in the company include Siemens’ venture capital wing, which owns around 16% equity in the firm, as well as In-Q-Tel, which invests on behalf of the US Central Intelligence Agency (CIA).