New uses for biosensing data will see it applied to more than just security applications or threat prevention. 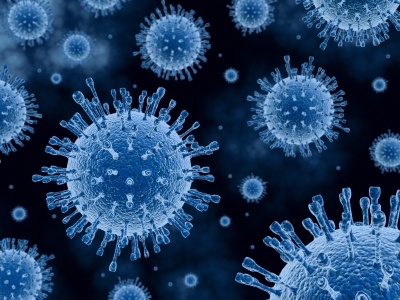 by Tim Hayes in Baltimore
The exact definition of biosurveillance is still open to interpretation, but there is no doubt about the usefulness of data gathered by biosensing in a number of different scenarios.

That was the clear message of a keynote address delivered at DSS 2012 by Franca Jones, from the White House Office of Science and Technology Policy.

"In 2007 a Homeland Security Presidential Directive established a national strategy for public health and medical preparedness, and described biosurveillance as the gathering and interpretation of information about the biosphere, including human or animal health," said Jones. "Today we could also add plant and environmental health to that description, and perhaps also include events that are natural or accidental in origin."

Whatever the definition, a key aspect is that the information gathered is efficiently analyzed and disseminated to those that need it. "If we are doing surveillance just for the sake of surveillance, and not getting the information to decision makers, then clearly we are not doing any good," commented Jones.

Although the focus has traditionally been on detecting harmful species in aerosols, current biosensing technology needs to address the fact that threats may come in other forms, and are global in nature. This in turn has an effect on the nature of the research work carried out in the field.

"Budgets for collaborative research are shrinking, and projects need to work on as many common goals as possible," said Jones. "The work of building small, lightweight detectors is best served by collaborating on the core technology, and then spinning our own specific requirements on top of those technologies independently where needed. That approach will be a big focus."

Anticipation and prediction
The priorities for biosensing technology in the future will be: anticipation of the risk; characterizing it; and analyzing it. The goal is to build a global system that can do all these things well in all cases, regardless of origin or intent.

Achieving the first of those, anticipation of threats before they become widespread or manifest, will be a particular challenge, and require a more joined-up and holistic approach to data analysis than has been the case to date.

"There are a number of sensing technologies that are not typically considered biosensing techniques, but that we might be able to use in order to anticipate when something significant is going to happen, rather than spot it after the event," said Jones. "This requires metadata analysis over long periods of time, to pick out the parameters that might be indicative of an outbreak of a particular disease, and marry that indication to the remote sensing data typically used in biosurveillance. Even new information streams, such as social media and other rapid communication methods, might help us to process these indications and early warning signs."

Other examples of this more inter-connected approach could include relating climate data to the likelihood of an influenza epidemic, or connecting sea temperature and chlorophyll A distribution with the likelihood of a cholera outbreak.

"We have known for a long time that climate factors will affect outbreaks of infectious diseases, but have not typically been pairing up our remote sensing abilities with some of that info," concluded Jones. "But this is an area that is going to be very interesting for the future."