Laser devices for a range of aesthetic treatments feature in the FDA's list for the start of the year. 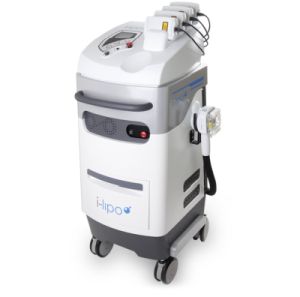 i-Lipo: now cleared for US use

A selection of the photonics-based devices awarded 510(k) clearance by the US Food and Drug Administration in early 2012, indicating that the regulators have approved the instrument for use in the United States.

• Chromogenex, the UK-headquartered developer of aesthetic laser systems that operates in the US from a base in Michigan, has received FDA clearance to market the i-Lipo low-level laser diode device for fat reduction and body contouring. The i-Lipo is said by the company to be first non-invasive skin-contact laser device signed-off by the FDA as suitable for achieving circumferential reduction of the human frame.

The device emits low levels of laser energy, breaking down the stored triglycerides in fat cells into free fatty acids and glycerol, and releasing them though channels in the cell membranes. They are then transported around the body to the tissues that will use them during metabolism to create energy. Hence a period of exercise post-treatment can lead to the complete metabolism and elimination from the body of the freed fatty acids. Chromogenex's field trials submitted to the FDA demonstrated that 79 percent of its test subjects achieved a waistline reduction of 4 cm or more, after a course of eight i-Lipo treatments.

• The Spectra laser system developed by Lutronic, California, is intended for the incision, ablation and vaporization of soft tissues, in particular for dermatological treatments. It produces a pulsed beam of 1064 nm and 532 nm light, directed onto the area to be treated via an articulated arm. Dye handpieces to convert the 532 nm wavelength to 585 nm and 650 nm are also available. As well as cosmetic procedures such as removal of hair or wrinkles, theses wavelengths can be particularly suitable for tattoo removal: light-colored tattoo inks are attacked by 532 nm irradiation, while darker pigments can be removed by treatment with 1064 nm. The Spectra system is also targeted at treatment of melasma, a condition that presents as dark spots and patches on facial skin.

• Lutronic also received FDA clearance for its Advantage laser system, a surgical instrument for use in general and plastic surgery, and dermatology.

• Abbott Medical Optics, the Illinois-based supplier of systems for refractive surgery and related ophthalmic procedures, has received clearance for the iFS femtosecond laser system for use in patients undergoing surgery or treatment requiring the initial lamellar resection of the cornea. The iFS represents the company's fourth-generation laser system, intended for use as a primary laser for LASIK procedures and advanced corneal surgery procedures. The use of femtosecond lasers for a variety of ophthalmic operations continues to grow, and market forecasts predict that the sector will go on expanding.

• The Naturalse CO2 laser system developed by Focus Medical, Connecticut, is one of the company's range of aesthetic lasers for hair removal, wrinkle reduction, treatment of vascular lesions, and other cosmetic procedures.

• New 1064 nm Nd:YAG modules for the Harmony family of aesthetic lasers developed by Alma Lasers, Illinois, extend the platform's versatility for aesthetic laser and light treatments, according to the company. Alma Lasers employ a treatment regime which combines a gradual thermal rise to the target's therapeutic temperature with concurrent cooling, intended to reduce patient discomfort and avoid the high peak energies used in traditional photo-epilation technology.