The deal protects the Centre's future and does not break faith with UK taxpayers, says CIP. 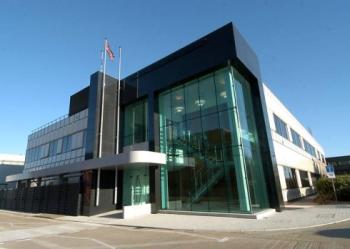 The Centre for Integrated Photonics (CIP), an Ipswich, UK, research facility specializing in the development of photonics devices that exploit the hybrid integration of materially different components, has been acquired by the UK arm of China-based ICT provider Huawei. Financial details of the agreement were not released.

Huawei already operates six research facilities in Europe, and took a minority stake in CIP last year. The company's ambitions in the UK have been apparent since its 2011 announcement of plans to double the size of its workforce in the country to 1,000 people.

"I’m confident that CIP’s strong research abilities and its talented staff will further extend our European research presence to the UK, a key and important market to the company," said Victor Zhang of Huawei UK in a statement.

The deal raised eyebrows in some quarters since CIP has been owned by the East England Development Agency (EEDA) since 2003, which took over when previous owners Corning exited the UK and the center was under threat of closure. Since then the UK taxpayer has partly underwritten the Centre's work, alongside funding from European collaborations. CIP's research and expertise will now be transferred to a Chinese-owned company.

Speaking to optics.org, the Centre's CEO Peter Wharton said that such concerns were unjustified, and that a change of ownership was in fact unavoidable.

"The aim was always to return CIP to the private sector, but the pace was increased when the UK's coalition government made it clear that the regional development agencies, including the EEDA, were to be axed," he said. "That set the clock running. We had to find a home for CIP."

No UK candidate
EEDA has stated that CIP represented "a tremendous investment success story. We’re very pleased to find such a prominent acquirer for the company where the skills of the staff and the accumulated know-how are to be exploited on an international scale."

Wharton agreed that the development agency and the taxpayers standing behind it had no reason to be unhappy with the deal. "EEDA's actions in rescuing the company were exactly the right thing to do, and allowed CIP to continue to operate, contribute technological expertise, and pay taxes" commented Wharon. "They have made a good return on the investment from the taxpayer."

The CEO indicated that there were a number of competing bids for the Centre, a fact which Wharton believes was testament to CIP's standing within the industry and the business collaborations built up under EEDA's ownership. But real-world factors and the absence of a major telecoms company on the domestic UK scene inevitably played a part in CIP's destiny.

"In the end it was always going to be a foreign buyer," he said. "Although CIP bridges several markets, telecoms accounts for 60 to 70 percent of our business, so we needed a buyer that would keep CIP plugged into the global telecoms value chain. In that field the big players are American, European or based in the Far East. Since the demise of Marconi, there hasn't been anyone suitable in the UK."