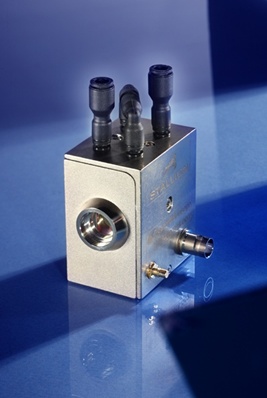 Gooch & Housego (G&H), the UK-based manufacturer of optical components and systems, saw one-fifth of its value wiped out on the London Stock Exchange on February 21, after the company issued a profit warning.

Following two years of rapid growth, G&H had predicted last year that its sales momentum would slow down, but the impact of a build-up of inventory in the supply chain for industrial lasers now appears worse than had been anticipated. As a result, company profits for its fiscal year, which ends in September, will be “significantly below” original expectations.

“Actual Q-switch sales during the first four months of the financial year were below the level we had expected, and were significantly lower than the record levels achieved during the same period last year,” noted the company in its trading update.

Its Q-switches are widely used to generate pulsed emission from solid-state lasers for materials processing applications. Strong demand from that sector saw G&H deliver an adjusted pre-tax profit of £10.8 million on total sales of £61 million for the year ending September 2011 - with industrial applications accounting for 60% of turnover.

“Although there are signs that demand is now showing some improvement, it is clear that the turbulent market conditions that prevailed last year resulted in excessive inventory build-up in some markets, and that this has taken longer than anticipated to normalise,” it added.

In particular, G&H referred to a downturn in the microelectronics sector – which became evident during the final months of 2011 – and softer demand from China as the key reasons behind the downturn. Earlier this month, the leading industrial laser vendor Rofin-Sinar reported a 20% sequential decline its quarterly sales, largely attributed to lower demand in machine tools – a sector now dominated by Chinese manufacturers.

However, Rofin’s CEO Günther Braun said at the time that he believed the Chinese market had bottomed out in the final calendar quarter of 2011, and begun to pick up momentum following the country’s new year celebrations in January.

Diversification strategy
Gareth Jones, G&H’s CEO, has led a strategy of diversification at the UK company over the past few years that is intended to insulate it from the cyclical nature of both the semiconductor and industrial laser markets.

But sales of Q-switches remains the core of the company’s business, and G&H holds such a strong position in this area that it is susceptible to any strong market fluctuations.

“As we seek to deliver sustainable long-term growth through diversification into new markets we again find ourselves exposed to the cyclical nature of the industrial sector that last year helped us to record results,” Jones said in the G&H trading update. 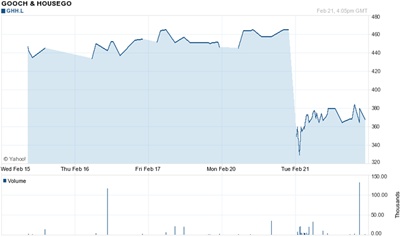 As a result of the slowdown, G&H said that it would take action to reduce costs, while it continued to consolidate and integrate its recent acquisitions - the fiber-optic component maker EM4 and the tellurium dioxide specialist Crystal Technology.

Jones also pointed out that the company was now engaged in a number of potentially high-value, long-term programs in the aerospace and defense sector to aid that diversification strategy, with initial revenues from some of those programs anticipated in the second half the current financial year.

The trading update had an immediate impact on G&H’s share price, which fell more than 20% and virtually wiped out strong gains that had been made since the start of 2012.