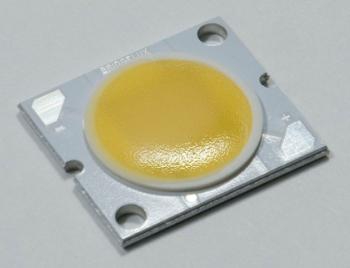 Nanosolar, the California-based developer of thin-film solar cells and panels, closed an investment round worth $20 million, and said that the funding represented the start of a new period of growth for the company.

Participating investors included Mohr Davidow Ventures and OnPoint Technologies, both existing investors in the company, along with new investor Aeris Capital, based in Switzerland.

It was also one of the companies believed by some analysts to be at risk from rising investor nervousness after events surrounding Solyndra, the failed developer of cylindrical panels of thin-film CIGS solar cells, which filed for Chapter 11 bankruptcy in September 2011 amid escalating political acrimony. In the months before Solyndra's final fall, some had predicted that the shake-out in CIGS module companies caused by ill-will around the company could claim several other casualties, with Nanosolar on the list.

In the event, Nanosolar has enjoyed a productive period, and now states a mission to become the lowest cost solar cell and panel manufacturer, independent of subsidies. It recently announced that its production capacity had increased to 115 MW, and that it had achieved a 17.1 percent aperture efficiency from a laboratory solar cell fabricated using its printing on flexible foil technology.

• Elsewhere in California, LED-developer Bridgelux received investment worth $25 million from China's Kaistar Lighting (Xiamen), marking the start of new cooperation between the two companies. In a statement, Bridgelux indicated its belief that the combination of Kaistar's cost-competitive manufacturing capabilities and Bridgelux's LED packaging solutions would drive down the cost of solid-state lighting technology for general lighting.

Bridgelux has attracted significant inward investment in recent months, having closed a funding round worth $15 million in October 2011 targeted specifically at accelerating research, development, and scaling of its GaN-on-silicon LED chip technologies.

In March 2011, Bridgelux said that it had demonstrated a luminous efficacy of 135 lm/W using gallium nitride deposited on top of an 8-inch silicon substrate, an approach which could help to make high-brightness white LEDs far cheaper by doing away with the need for expensive sapphire wafers on which to grow the light-emitting semiconductor layers.