Infrared sensor company’s revenues were down but earnings were up in the final quarter of 2011 thanks to lower costs. 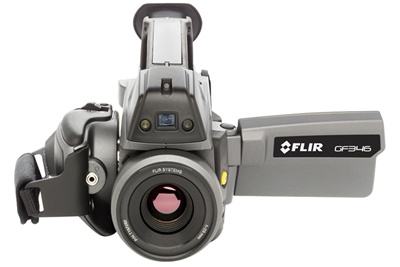 Major infrared sensor system and camera provider FLIR Systems has increased its shareholder dividend, despite what it called “a challenging macro environment” and expectations of a tough 2012 – particularly in the area of government procurement.

CEO Earl Lewis told investors that he expected commercial sales to continue growing in 2012, but that sales to governments – largely for military applications – would be down. Overall, the company said that it expected total revenues to be up slightly this year and reach around $1.6 billion.

But in the final quarter of the year, sales to government customers fell 18% compared with the closing quarter of 2010, to $180 million.

A large chunk of that revenue relates to spending out of the US Department of Defense (DoD) and Department of Homeland Security (DHS) budgets, with DoD spending in particular coming under pressure in recent months and set to be cut imminently.

In a conference call with analysts, FLIR said that although it did not experience any major program losses from the DoD, continued uncertainty over budgetary spending had delayed procurement. Sales to the US government have fallen proportionately as a result, accounting for less than 24% of total FLIR revenues in the final quarter of 2011, compared with nearly 31% a year earlier.

For the full fiscal year 2011, that percentage fell to 28.8%, representing the lowest proportion of overall sales to the US government in nearly a decade.

Even so, FLIR continues to rack up contract wins with the US military. In Q4, it was part of a team to win a demonstration contract to provide imaging systems for the US Air Force A29 aircraft program, and also won a $7 million order to outfit MEDEVAC helicopters with infrared systems for the US Army.

Commercial growth and lower operating costs
On the commercial side, things look more positive, with sales in the latest quarter up 3% compared with Q4 of 2010. According to FLIR’s president of commercial systems Andy Teich, sales of thermal vision and measurement products grew strongly throughout the year, with record figures for Q4. But growing fastest are sales of security and surveillance products, which have risen at a compound annual rate of 70% over the past six years.

Crucially, what FLIR has been able to do is cut its operating costs, which in the latest quarter were down 13% year-on-year, while also improving gross margins significantly. As a result, the company’s Q4 2011 net earnings were up 9% on last year’s figure at $76.1 million, and FLIR announced that it would be upping its shareholder dividend by a penny to $0.07 per share.

“Our focus on operational efficiency and innovation throughout 2011 enabled us to drive profitability,” said Lewis in a statement. In 2012, those cost-cutting measures will continue to have an impact, with full-year net profits expected to rise by around 20% on the full-year 2011 figure of $221.5 million.

• US President Barack Obama will today (February 13) outline a $3.3 trillion budget of government spending for fiscal year 2013. According to estimates from Bloomberg, the DoD will account for $766 billion spending, with the DHS likely to be allocated $47 billion.