Parent companies are set to equip their joint venture with the full range of infrared detector technologies. 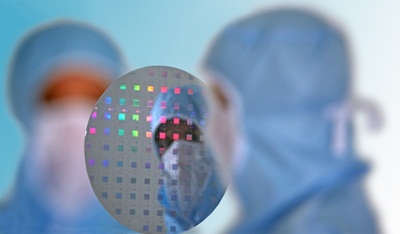 The two defense firms are set to transfer their in-house infrared detector expertise to Sofradir – in which both Thales and Safran own a 50% stake – from the start of next year.

Under the terms of the two separate agreements, Safran’s subsidiary Sagem will transfer its indium antimonide (InSb) mid-infrared technology to Sofradir, while the GIE III-V Laboratory, in which Thales holds a major stake, will transfer its indium gallium arsenide (InGaAs) and quantum well infrared photodetector (QWIP) technologies. No equity will be transferred as part of the deal, although there will be a cash transfer.

The strategic move follows the memorandum of understanding signed by Safran and Thales earlier this year, which was designed to promote the development of optronics technologies in general through a joint venture.

By consolidating such wide-ranging infrared expertise, Sofradir will join a select band of companies able to offer the full suite of both cooled and uncooled infrared detectors, which are used in a wide range of defense applications such as thermal imaging, missile seekers, surveillance systems and targeting systems.

Technology transfer
Even before that transfer of expertise, Sofradir was widely seen as a leader in the field, with a Maxtech International survey of the market for military applications of infrared detectors earlier this year identifying the French company as holding a 25% market share.

“The technologies from Sagem and the III-V Lab enable Sofradir to have from this point forward the complete portfolio of infrared technologies. These assets consolidate Sofradir’s leadership position,” said Philippe Bensussan, the chairman and CEO of Sofradir.

“With the new technologies, Sofradir along with its subsidiary ULIS [which specializes in mass-produced uncooled IR detectors] will be able to select the technology best adapted to our clients’ applications. We are in a [stronger] position to offer IR products with more innovation, performance and compactness in order to respond to any IR market need.”

Sofradir told optics.org that the two deals will become effective on January 1, 2013, with no loss of personnel – as is required by French law.

III-V expertise
Originally set up by Thales and the telecoms giant Alcatel-Lucent, the III-V Laboratory is focused on research and development of a wide range of advanced semiconductor components – not just infrared technologies. The CEA-Leti research center became a partner in the laboratory in March 2011, and Sofradir says that the scientific collaboration with CEA-Leti will continue following the transfer of resources.

“The agreement includes the transfer of all the industrial resources in place at the III-V Lab and Sagem that are dedicated to those III-V technologies,” said the firm. “Indeed, the III-V Lab has its own specific industrial resources that were not shared with other laboratories. The activities will relocate to a unique facility on the outskirts of Paris, along with Sofradir’s headquarters.”

Sofradir's MCT detector manufacturing facilities, along with those of ULIS, are based in Veurey-Voroize, near Grenoble, while the company also has a US subsidiary in Fairfield, New Jersey. In 2011, its group sales grew to €150 million, of which two-thirds were exports.