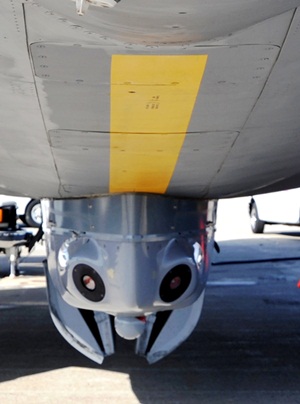 Awarded by the Air Systems Command (NAVAIR) division of the US Navy, the 18 month Phase II SBIR project began earlier this month. It includes a one-year optional phase to follow, while the technology is also expected to have commercial applications in materials processing.

What Raydiance is aiming to develop is an autonomous pulse tuning system that will pre-compensate for atmospheric effects - so that the required laser pulse energy and quality can be delivered on target, regardless of local conditions.

According to the Petaluma, California, company, the ability to tune femtosecond pulses in a precise and controlled manner will enable a DIRCM system based on the technology to defeat a new generation of heat-seeking missiles that can be launched from man-portable air defense systems (MANPADS).

Raydiance, which in August attracted venture backing from Samsung (among others), says that the essential characteristics of the laser are its high energy output plus a robust fiber-based architecture that makes the system sufficiently rugged for airborne deployment.

“This grant is an example of how government and private industry can work together to create valuable new solutions,” said Raydiance CEO Dick Pierce. “What we develop will help protect our armed forces and help manufacturers worldwide bring new products to market.”

The company’s femtosecond lasers are already being used in manufacturing applications, with more than 100 deployed worldwide, while Raydiance has also collaborated with Rofin-Sinar on high-precision machining applications.

Closing the performance gap
According to the US Navy, the combination of very high peak powers with an ultrashort pulse may offer the best countermeasures against what it calls “advanced” threats, with fiber-based femtosecond lasers the most desirable technology in terms of compactness and compatibility with aircraft.

Those advanced threats come from so-called “fourth-generation” seekers, but DIRCM systems could counter the threat by tailoring the phase and amplitude of the femtosecond pulse.

“The work we are doing with ultrashort pulse lasers allows us to address challenges in the technology as well as assess current commercial advances in the field. Certainly, the Department of Defense is interested in game-changing technology of which I believe [these lasers] will be in addressing the threats of tomorrow.”

In the past, the stumbling block has always been the limited pulse energy of compact femtosecond systems, something that results from the pulse distortion generated inside optical fiber. Prior efforts have focused on meeting a performance milestone of 1 mJ pulse energy, and the use of a phase tailoring system to compensate for the nonlinear optical effects in the fiber. 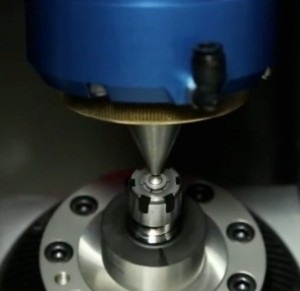 Focus on pulse optimization
The basic concept of phase tailoring was the subject of a previous Phase II STTR project, while the latest NAVAIR-funded effort will focus on optimization of closed-loop tuning of ultrashort laser pulses in the temporal, spectral and spatial domains.

Raydiance told optics.org that the vast array of pulse shapes now made possible will be evaluated in a variety of applications and with a range of target materials, in order to understand how to maximize the laser’s effectiveness.

Reaching the 1 mJ level also has commercial implications: at that energy level, the company says that the femtosecond pulses should be able to cut through 5 mm-thick metals at speeds suitable for industry customers.

Under previous contracts, Raydiance says it has set a world-best of 1.1 mJ per pulse at 1550 nm. “The challenge that remains is to enhance the quality of the amplified pulses to allow for more complete compression, further into the femtosecond regime,” the company explained, adding that the emphasis in the NAVAIR project would be on making full use of the pulse energy available.

If all goes well, Raydiance believes that a mJ-class system could be ready for flight testing by 2016.